Well the main focus of today’s blog, unlike the other blogging days, is about me :). My 100th day walking various Camino paths!

Phew I am tired just thinking about this!!!

Today was a much much better day walking 19.5 kms in just over 4.25 kms. Cool conditions but not a drop of rain. Feet still recovering however a dressing change by Dr. Paulo after 10 minutes of walking...on a park bench...really helped. The little black cloud from yesterday disappeared!

Last night I shuffled my way to a cafeteria just down the street and had a very nice sandwich ...actually the picture shown is Paulo’s sandwich as he took a bite out of mine and then we switched!!!

Then I asked for a hot chocolate and decided that I deserved a cookie...yes the black cloud needed to disappear! Note the hot chocolate! It was not the traditional kind we have at home...I swear it was actual melted chocolate with a touch of water or milk. You could eat it with a spoon!

Just before the meal Paulo had a very animated lengthy (maybe 20 minutes) phone call from Fernando, the owner of the place where I felt our additional charges were excessive. Seems like my direct but tactful email was not well received and amongst other things he compared me to a fierce cat with claws.

I will spare other details however it appears my suggestion of having a rate card for various services will be implemented...novel idea!

On the Camino one meets some interesting pilgrims. We first met Emile from France two days ago, then yesterday in Tui and again today. Emile is a very heavy set man wearing a large cross carrying a huge backpack. He walks very slowly possibly as slowly as my good friend Dennis. He starts every day at 6:00 am and in his words never stops so magically he appears ahead of us when we expect him to be well behind!


Now I was quite proud of myself today as I averted the disaster of a few days ago...I managed to gingerly walk a very narrow path...see picture... without incident...I did not fall in!

There was a stretch of walking today on forested paths however we were concerned about an unexpected detour (likely flooding related) and then having to walk on a busy road.

I have mentioned numerous times in my blog how tough the Portuguese Way is ...cobblestones, asphalt, cement, rocky paths etc. Paulo bought the same walking shoe for the Portuguese Way as he used for the Way of St. James where his shoes were undamaged after 800 kms...see picture for Paulo's shoe after 300 kms.


Tomorrow another short day which is just what the good Dr. Olga ordered. Some pictures from the day...

A sign at the Taberna which reads ...We serve lamprey...I am not joking. It’s ok I’ll go with the sandwich...muchos gracias! 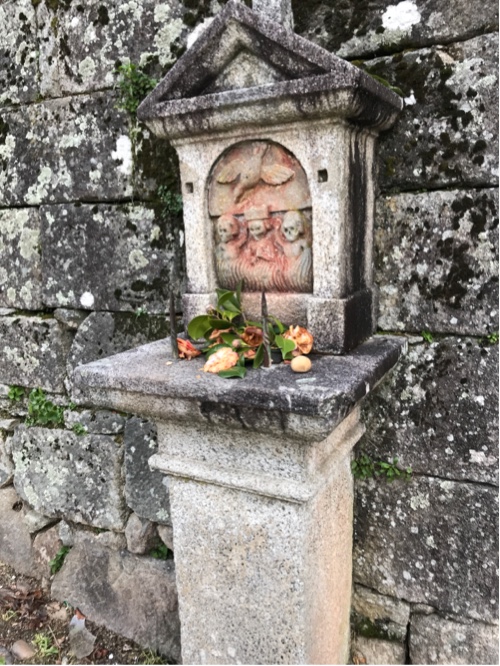 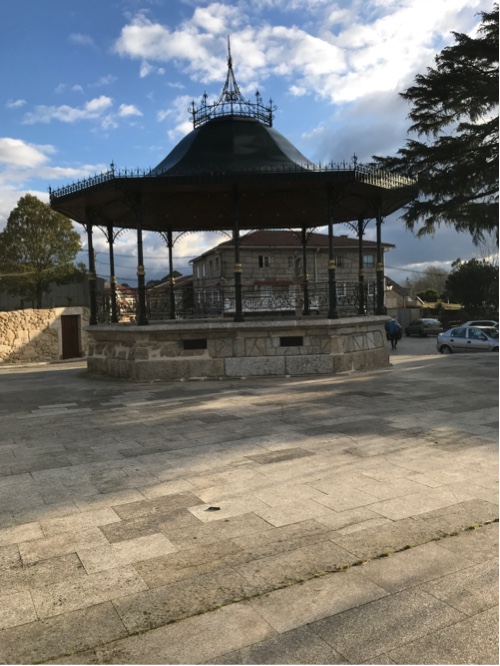 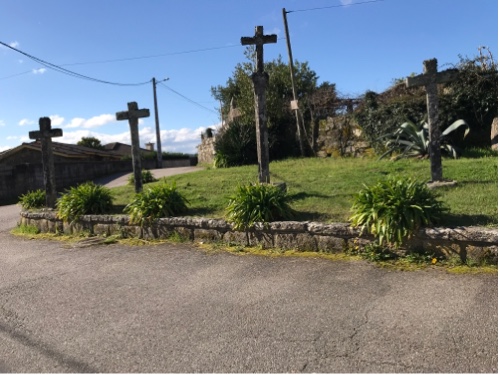 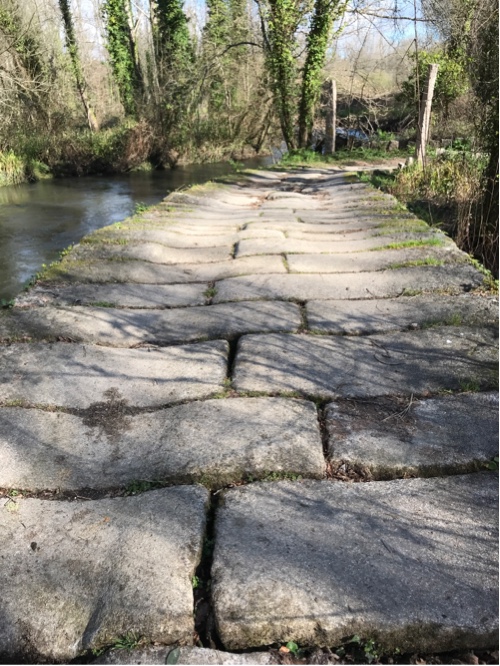 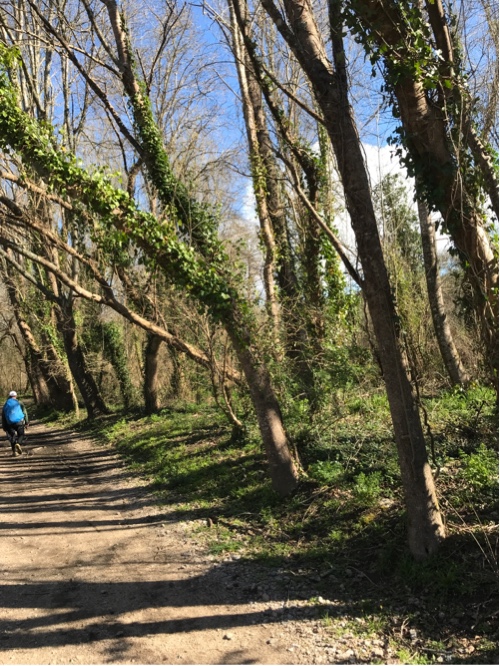 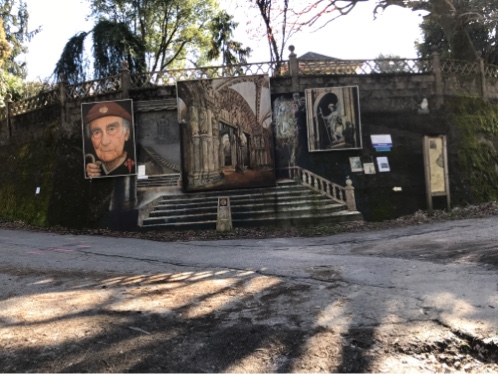 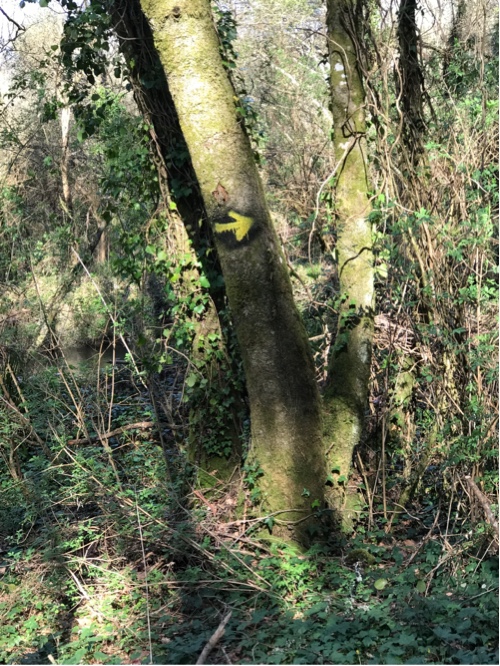 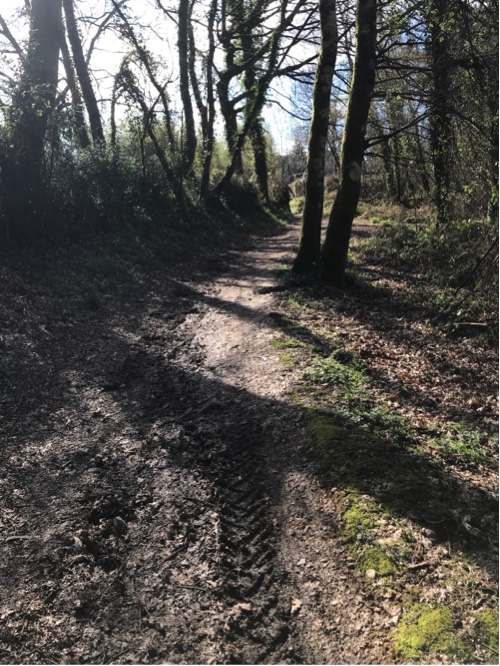 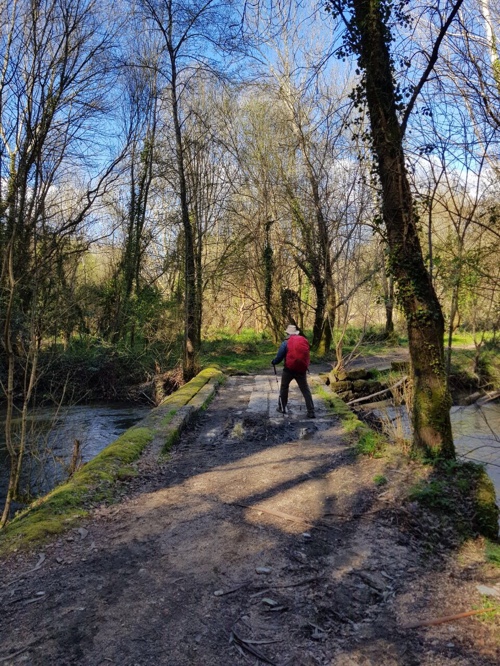 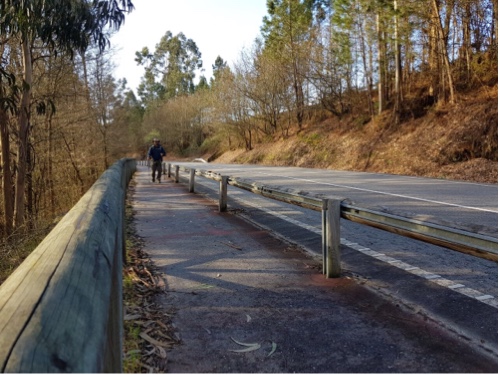 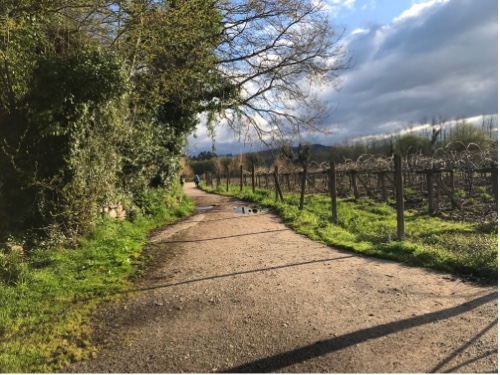 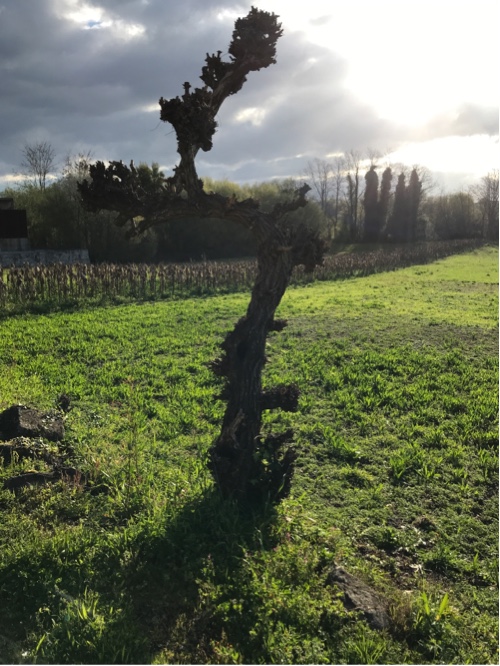 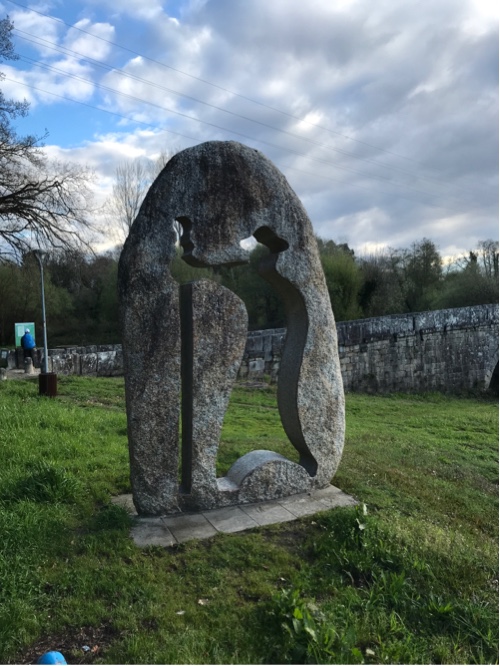 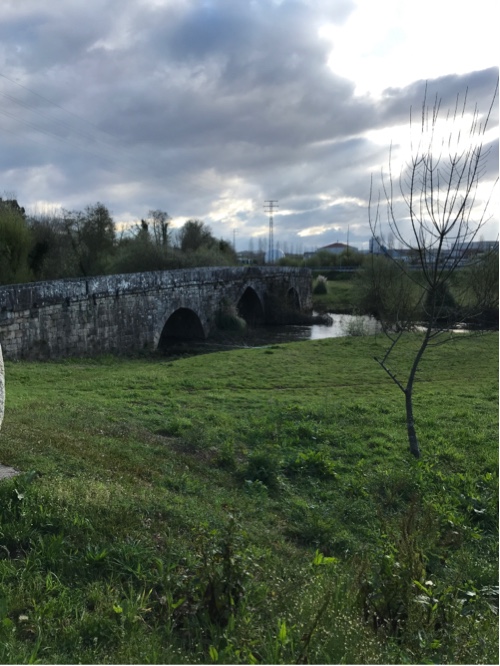