With the exception of one very notable incident (more later) today was another quiet day. It rained three times today and on two occasions we had just stopped for a short break...perfect timing!

Once again we had some fantastic stretches of walking in forested trails in Galicia combined with normal road walking. I felt quite strong again and we walked 19.6 kms in just over 4 hours...too fast for sure...we know we are getting close to Santiago de Compostela and the feet (between green and amber light today) were complaining very mildly in comparison to prior days.

Yesterday we stayed at the Hotel Balneario Acuna in Caldas de Reis...while a little dated it was a comfortable place which at some point in the past was likely a grand hotel.


The hotel had a pilgrim menu which was great however it also had a pilgrim section...yes we were second class citizens in a segregated section of the restaurant...I am not kidding!


For supper had delicious soup while Paulo had pasta...apparently he rarely get’s pasta at home
so a little excited!


Last night another chapter in the Dr. Olga miracle was written. Paulo received a phone call just before 10:00 pm from Dr. Olga. She had not heard from us since Sunday and was worried about me!!! She was so happy to hear that I was on the mend and still moving towards Santiago de Compostela.

Dr. Olga then mentioned a few key medical procedures to Dr. Paulo (will spare you the details) and was very pleased to hear we were already following these. She told Dr. Paulo that she was keeping me in her thoughts.

So a brief recap...Friday in Porto first see Dr. Olga and she spends 75 minutes doing all kinds of things for 40 Euros. Monday she spends additional time and gives me the green light. Over the next week we have some concerns and phone her at home both Saturday and Sunday and she gets back to us. Yesterday a followup call...no additional charges...encouragement and practical information given at all times.

When I return home to Canada I will send something to Dr. Olga to thank her for her time and kindness. I would like it to be a uniquely Canadian gift...to anyone reading this if you have an idea for such a gift I welcome all suggestions. 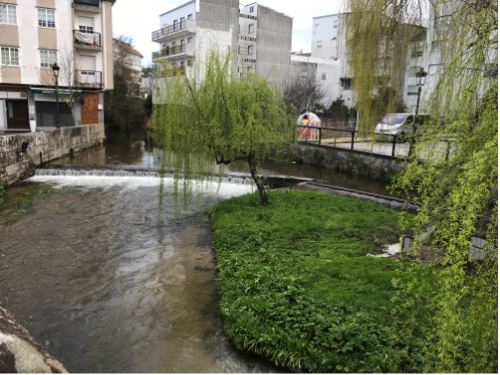 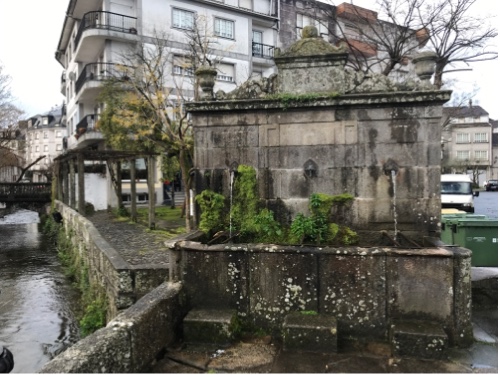 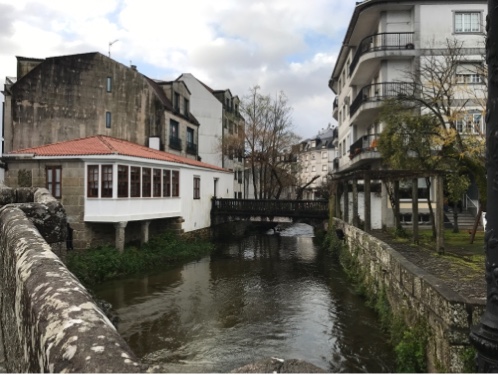 Today we met again with Steffan and Allan and started leap frogging each other through the day. Once we came over a bridge overpass and saw them a 100 meters ahead looking totally lost...they had somehow gone under the overpass... into the mud and come up the other side past the Camino turn sign. We waved them over and I offered to guide them for the rest of the day...they politely declined!

Second rest stop...2 Norwegian women pilgrims, women pilgrims from Argentina and Germany, Steffan and Allan and a young guy Jordan from New York. Jordan is in his senior year in high school and a group from his school was walking from Tui to Santiago de Compostela where they will stay until May studying. Poor Jordan he was already tired of his group and had detached himself from them...going to be a long few months.

As mentioned earlier a notable incident occurred as we entered Padron. First we had lunch at a
fantastic location where Paulo and I (too a small extent) had pulpo or octupus. Pulpo while tasty has the texture of a rubber tire. Seriously it is considered a delicacy in Galicia. 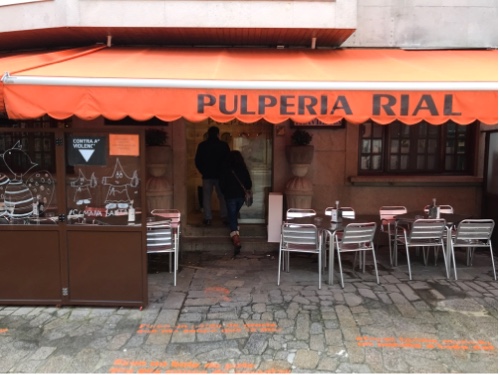 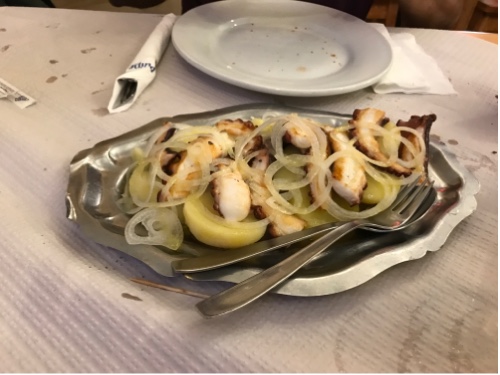 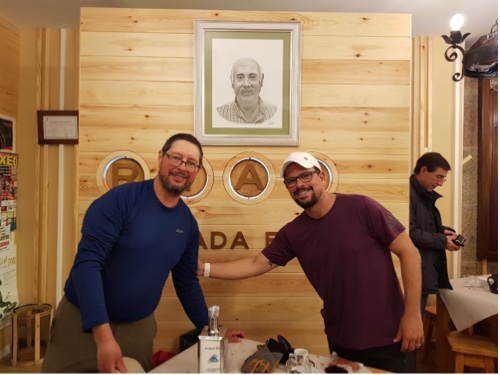 Paulo and I had chosen Os Lambruns as our last night’s accommodation prior to our final day...a luxury which turns out is 3 kms out the Camino way. After a long day we decided to take a taxi from a specific Camino point to Os Lambruns and the next morning return to the same specific point and resume our walk. Totally kosher.

Seemed logical however hopping into a taxi might be misinterpreted by fellow pilgrims so I was determined to be careful. What followed in my recollection of events. We wanted a taxi...none to be found. We start walking in circles asking people. At one point we are directed to a booth to phone in front of a million pilgrims for a taxi!!!!

While walking around helplessly... estimate 2 kms, Paulo thinks 500 meters, so let’s say 1.75 kms we turn the corner and see Steffan and Allan wave to us from a bar. Panic sets in...if they see us entering a taxi we will NEVER hear the end of it no matter how logical our reasoning is!

Finally a nice lady in a supermarket provides Paulo with a phone number and a taxi is there in a few minutes.

At this point I gave Paulo some very specific pilgrim avoidance instructions for the taxi...remove hats and slouch in our seats as low as possible...who cares what the taxi driver thinks! We must not get people who do not understand our logical plan providing FAKE NEWS to others!

Well that’s it for the main storylines for today. Tomorrow onto to Santiago de Compostela ...what a wild ride this Camino has been!!!

Some pictures from the day before entering Padron... 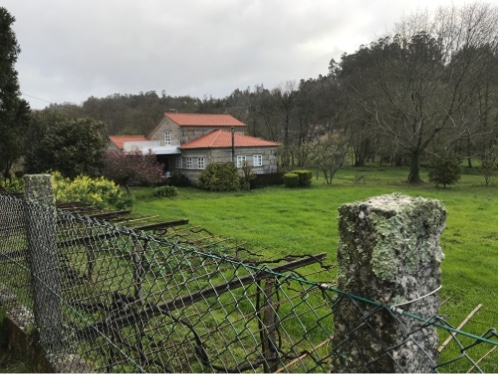 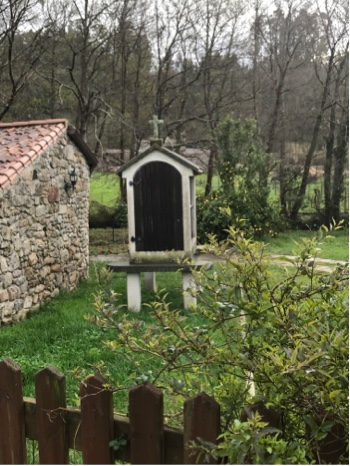 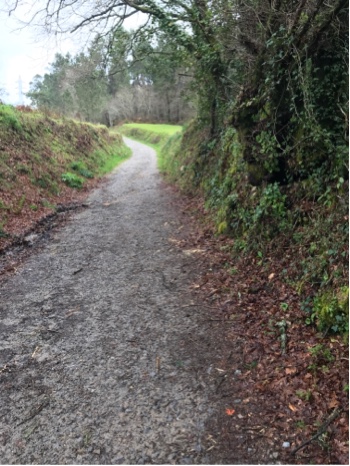 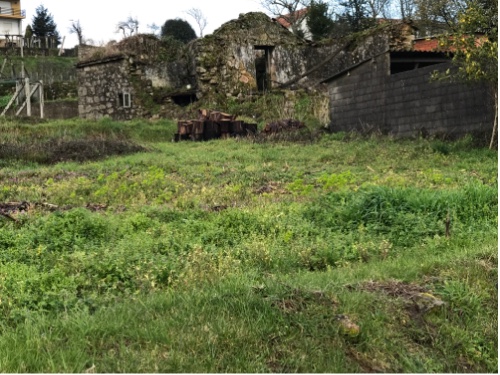 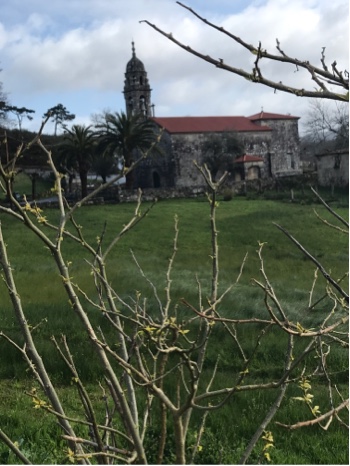 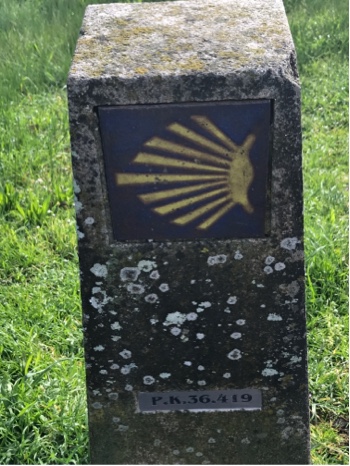 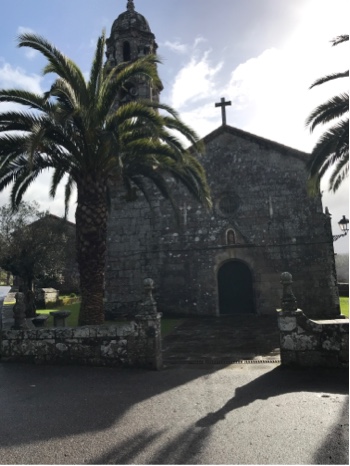 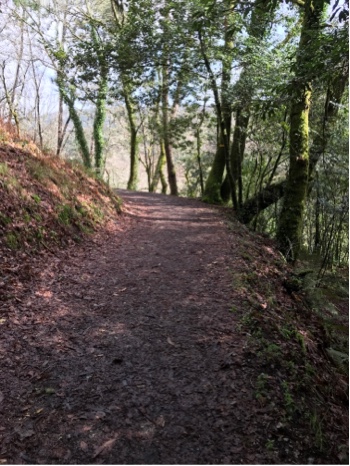 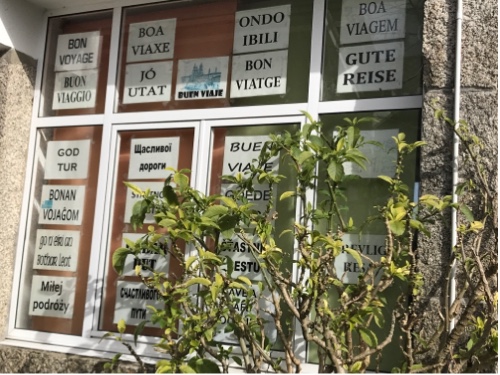 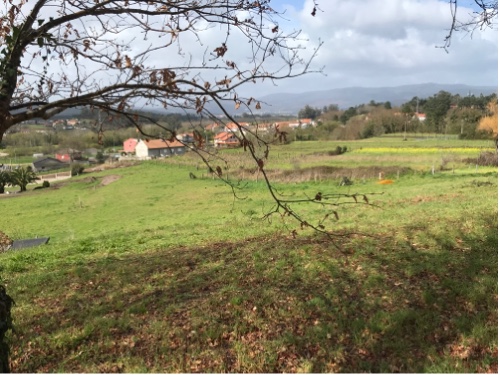 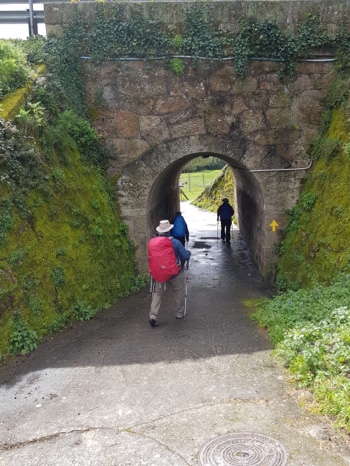 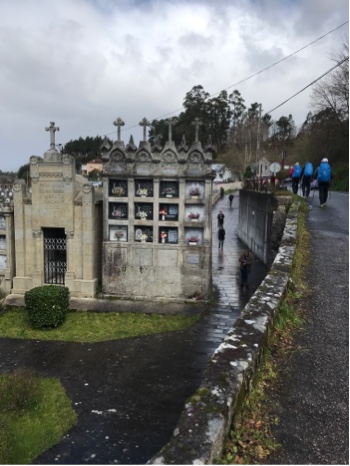 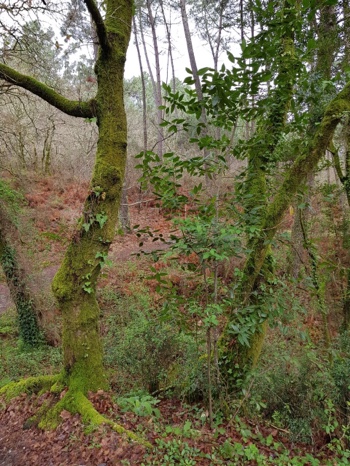 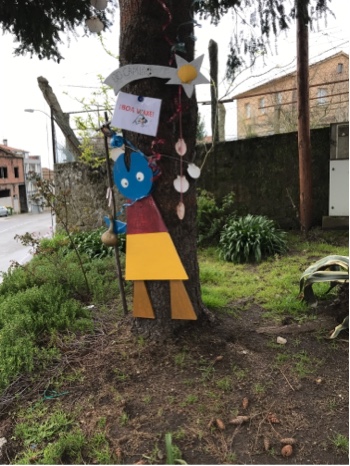