Today was quite the day...almost don't know where to begin. In total a relatively easy walk from an elevation gain point of view of 27 kms over 6 hours. Yes I was moving at a good clip... more as to why later. Three main themes for the day...snow, pelerin tracking and a dangerous beast...note not dangerous animal!

I needed to walk this off so I went for a walk to the local church and entered through a side door. I nearly had an accident (small kids have them) when in this incredibly dark church there was this fully lit glassed in coffin with someone inside! He wasn't breathing...I think he was dead! I barely noticed the really beautiful stained glass windows and left quickly before I saw movement in that coffin! It turns out this is the body of a saint who died in Saugues.

Next I wanted to go into the bête museum...the Bête du Gevaudan....but it was closed. In the 1700's this bête or half wolf half dog creature terrorized the villages in this region. True story apparently! Over 100 people (mostly women and children) were killed...some estimates are 200. When the bête was finally killed they found out that it weighed 75 kilos and the male offspring 70 kilos! An Internet picture!

I had a most enjoyable supper with Christiane and her husband Georges...a big man with a hearty laugh and booming voice. Conversation ranged from Canada to French politics which are as messed up as anywhere else...maybe even a little bit more! Prior to supper I handed out two more Canadian lapel pins...to Georges and Christiane's grandson who might be seven or so...he quickly learned about Canada. It turns out I was right about my meeting a true pelerin the previous day...as per Georges. Food was great!

Breakfast this morning was all nicely laid out on the table...but what an assortment as shown in various pictures!

I tried pissanlit (dandelion) and myrtilles jams...pissanlit, raspberry, flower and Spanish honey. All delicious...I remember when I was very young my grandmere sending us out to pick dandelions for making a salad...seems like this plant is very versatile! 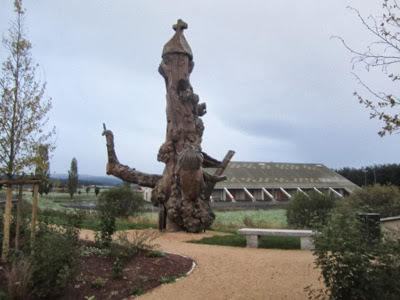 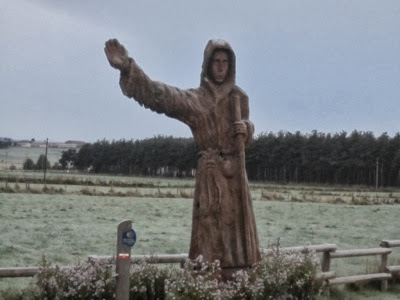 Today it started snowing softly and then as the day progressed, especially in open areas, it started falling quite heavily at times. With the wind blowing in my face it felt like being back home in winter thankfully with mild temperatures hovering around zero. Honestly at times the visibility wasn't great and I had to be careful with route signage.

Because the temperature wasn't that cold I was never too concerned however gloves and layers were really required...being Canadian also helped. A few pictures through the day: 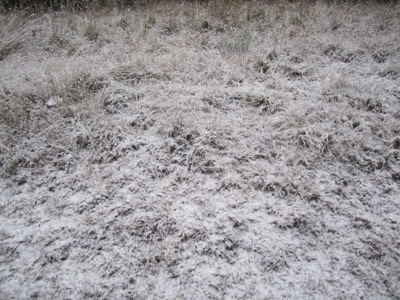 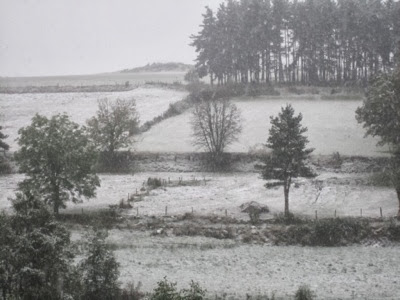 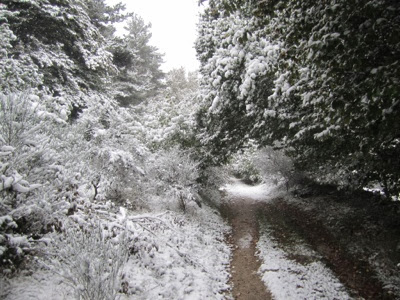 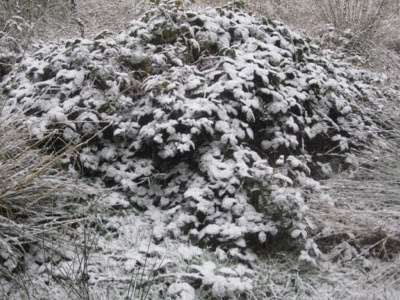 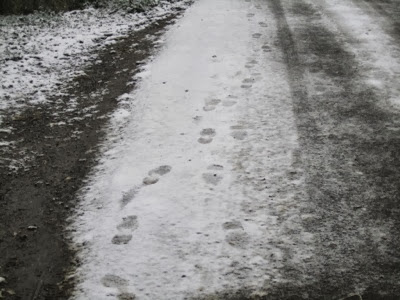 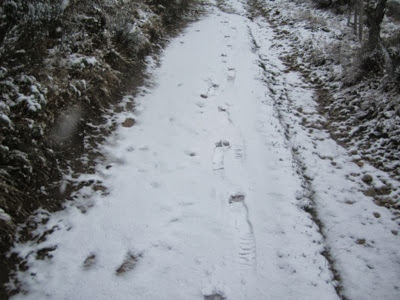 I was quite excited and starting tracking the pelerin and making deductions based on the footprints. First guessed he was male based on shoe size which was at least 11...then that he was at least as tall as I was based on the stride. I thought he would be a smart fellow as he walked on he right hand side facing traffic and that he could be distracted based on the weaving pattern of the second picture above.


Finally I guessed he was French based on the pattern of the footprint (ok a wild guess here), that he was approximately 11 to 12 minutes ahead of me based on a number of clues,..too complicated to get into here.

I normally have a decent chance of closing the gap however I couldn't in this case...he was either walking at or better than my pace...until I rounded the corner in a small village and there he was hopping on one foot trying to get rain gear on. Both of us were battling the weather at that point...a quick bonjour and I was on my way.

Twenty minutes later Jean caught up with me and we walked together for 15 minutes or so. Powerfully built guy, likely 6 ft 4 inches at least and French from the Haute Savoie region. I learned that Jean had represented France twice (93 and 94) in the World Mountain biking championships and that he was walking to Santiago and further...until Christmas time...sold his house...quit his job and walking to reflect.

We then parted as Jean was planning on walking at least 40 kms today (did 50 yesterday as he got lost) and I expected never to see him again. Coming into St. Roch, about 4 or 5 kms from my destination I heard my name being called out...Jean had found a small shelter and wanted to know if I wanted to have lunch. Sure...I had my sandwich and a few apples...Jean had bread, some cheese which he offered me some and it turns out an apple...I had offered him one of mine.

We chatted a bit more...his backpack is huge...weighs 20 kilos which is about twice mine. He has a big duvet type blanket which he has already used to sleep outside. I gave Jean a Canadian lapel pin and he put it on his tuque...he had been to Mont Saint Anne in Quebec in his mountain biking days...he is about 50 years old I think.

After lunch it was hard to get back outside as it was still miserable...we walked together for another 20 minutes or before shaking hands at my point of departure from the trail. Jean mentioned that at a future point he was taking a side trip of a few days to visit friends so there is a chance I might see him again...doubt it at the pace he is going!

Through the day I kept wondering about the Bête de Gevaudan...did they really get all the offspring? What if there were cousins or other distant relatives in another wooded area? Would the beast come out of hiding to taste a Canadian? Pretty gory I know but someone's imagination can do funny things.

I had been hearing some strange noises...strange hissing and chomping noises when coming into wooded areas...and then it happened so suddenly as the beast came flying at me aimed straight for my throat!

I could only react by using my trekking poles and taking a picture...thankfully I think the camera flash  scared the beast away...my picture as proof is shown below!  I will have to be so very careful tomorrow!

Tomorrow I am walking to Amont-Aubrac which should be a relatively short day in the low 20 kms. After Aumont-Aubrac is the Aumont plateau where for a day and a half one is well over 1200 meters. I have seen pictures and it is supposed to be a really beautiful and wild place...definitely not the place to be in poor weather! Weather forecast is for partly cloudy skies for the next few days with temperatures in the 15 degree range...hope they are right!