A long day today...was officially 32 kms however I likely added at least 1 km at the start and 2 kms at the finish simply because of where accommodations are located...so let's say 35 kms over 8 hours of walking. My Bad Elf device says more...not sure if I trust it!

Once again bright and sunny and in the low 20's however I will remember this day for the wind...it was blowing very hard...thank goodness that my spiffy Tilley hat has two cords to hold it on my head otherwise it would be long gone!

I will also remember today for a very scary stretch I walked just before Faramens...more later.

Back to last night's supper with Daniel, his wife Martine and another Guy who is staying at the Villa Jeanette for 3 months while on a work assignment. Very pleasant conversation and good food...

As supper started I excused myself saying I had forgotten something in my room...quickly came back with my camera which got good laughs all round. Apparently they often have people who take pictures of the food. I handed out 3 Canadian lapel pins...got a nice reaction once again.

Before leaving I had to do a home handyman job as one of my poles had worn through the rubber tip...man it's irritating to hear the metal clanging on pavement! This I accomplished quickly and efficiently as being the son of a carpenter I am known as being quite handy (Lise, Jeanne, Claire - no comment please!)

The day started off great as it was market day so I bought goat cheese and an apple there and then went back to my special boulangerie and pattiserie for a ham sandwich, drink and a cookie. I had a lunch! Impossible to put into words how often I thought about my lunch over the first five hours. I must have eaten it at least 10 times in my mind!

The walking generally was relatively flat therefore quite easy...some nice forest walking mixed with some road walking. I have to admit some of the latter was quite tedious today as shown in pictures...simply moving one foot in front of the other on these stretches! 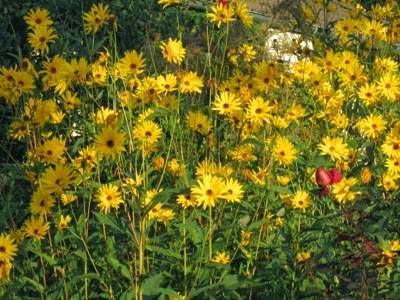 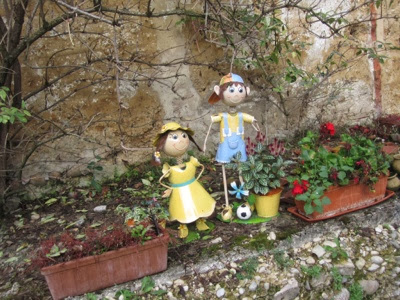 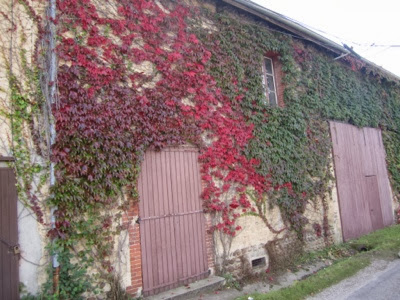 Each time I come across a WW1 memorial I stop and reflect for a moment.

As indicated earlier there were some tense moments...they came before Faramens where I walked through some marshland. 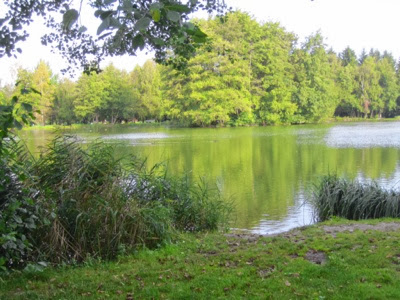 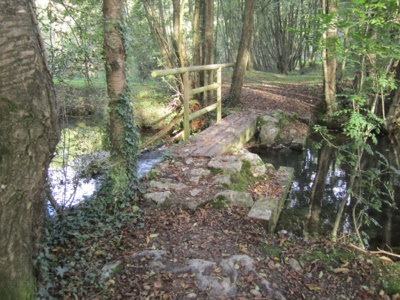 Oh sure they made it seem so nice with some imported ducks and park benches but I knew better.

Why can't you swim...well there are probably alligators, crocs, eels and possibly sea turtles lurking in these waters. I put it into high gear through this area.


Some time later in the afternoon an elderly lady stopped her car (she had a folded up walker in the front seat) rolled down her passenger window and wanted to ask me questions about mon pèlerinage. No problem...spent a few minutes describing what I was doing...she told me she had seen 4 pelerins walking together earlier in the day. She received a Canadian lapel pin of course.

An hour or so later at Le Borset which is an intersection of a variant of the GR65 route I caught up to the 4 pèlerins who were resting...they are from Bern Switzerland and spoke some French. If I understood properly they have all been to Santiago de Compostela. They helped me with choosing the right path as the signage here was not great. I thanked them and started down the path...after 100 meters or so I realized that I had forgotten something very important...so back I went to hand out 4 Canadian lapel pins...smiles all round. 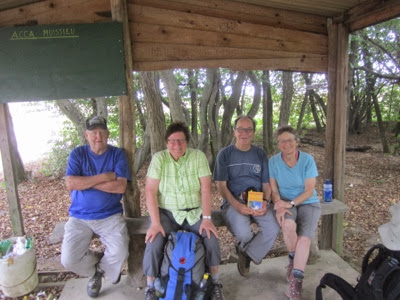 I am staying tonight at a B&B called Mare du Vieux Chene...vey nice however a bit out of the way. I should have phoned Caty to pick me up from a junction point heading into Bellegarde-Poussieux (she will drive out to pick up tired pilgrims) however asked a succession of French gentlemen who helped me find the place...3 Canadian lapel pins handed out.

Very nice place with Caty Bracoud as a very welcoming B&B owner... pricey again at 67 euros for demi pension however the choices as to where to stay are somewhat limited. Apparently tomorrow I do not have to backtrack...there is a short cut. Looking forward to supper...I am sure this will be highly rated in my books. 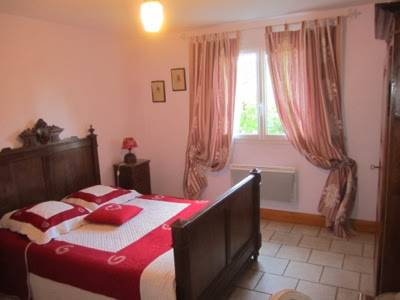