Today was a much better day...great weather, really enjoyable countryside a special lunch and the best hebergement so far since I have started walking.

My Bad Elf recorded 33 kms...the official expected distance was 27 kms...I walked for about 8 hours so the higher number may be closer. To be honest the walk was somewhat painful due to a blister under my foot...I have just received some help from Helene (Accueil Jacquaire host) with positioning second skin protection so we will see how things go tomorrow.

The bread in the bag is the French equivalent of wonderbread which I expect will keep for 10 to 15 years on a counter...not good! I left the Chateau before 7:30...so very glad!

The morning was fantastic from a weather perspective...I managed to dodge the rain, other than 5 minutes, for the entire day. Man am I lucky! A few pictures from today... 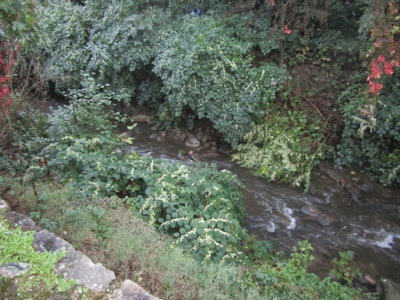 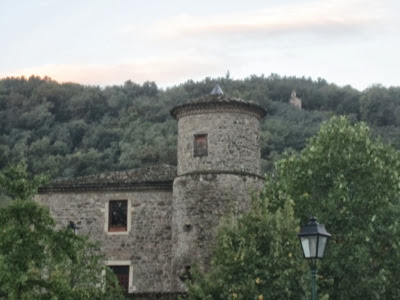 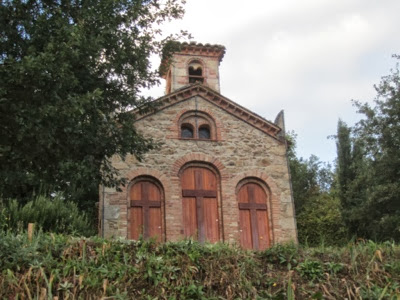 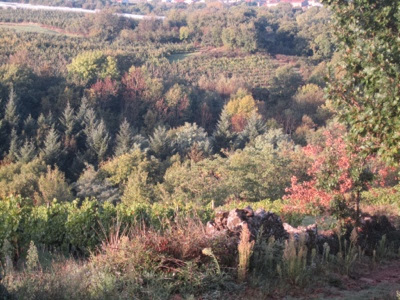 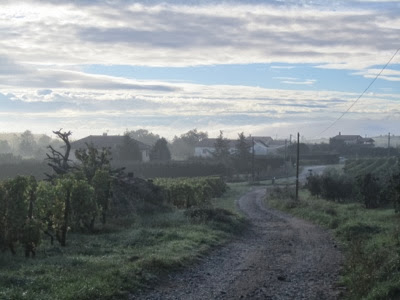 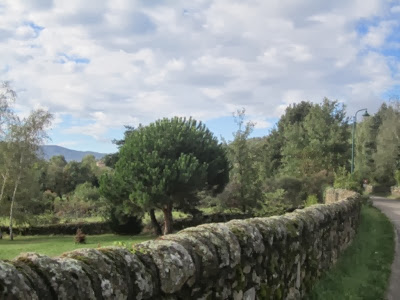 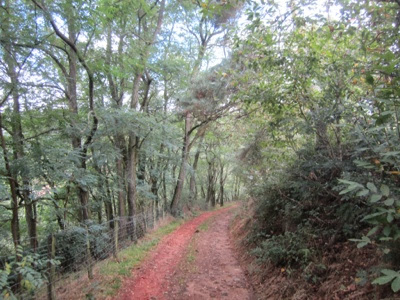 In he morning the walking was amongst apple orchards and vineyards. Throughout all my walk I have seen a lot of fruit on the ground and have refrained from taking any. I mentioned this at Caty's B&B a few nights ago and everyone at the table told me to go ahead and pick up a piece of fruit...the owner would gladly give a pilgrim an apple.

So I was hungry and picked up a couple of apples that had fallen from trees...they were super good. Feel back that I did not leave Canadian lapel pins as a thanks...however that would have been tough for the fruit owner to find!

As far as Canadian lapel pins are concerned I gave out 8 today...which means I had a good day. Two were given to guys who helped with directions (one of them had a rifle as he was a hunter...I approached him very carefully!) One lapel pin was given to the lady at the boulangerie/pattiserie...see below. The last five were given to Paul, Helene Heyraud and for their three children...see later as well.

Just when I thought my lunch would be wonderbread baguette supreme I came across an open boulangerie/pattiserie in St-Julien-Molinette. When I asked the lady if she sold any beverages she said no but went in the back and filled a bottle of water for me...super nice...a Canadian lapel pin which she told me would go to her daughter.

As far as dangerous animals are concerned there were two scares...

As I write this I am considering options for the next few days. What I would like to do is make it to Le Puy en Velay and take two full days of rest...would love to stay where I am for an extra day however I don't believe that is right from an Accueil Jacquaire perspective.

I am staying at Paul and Helene Heyraud's Accueil Jacquaire in Bourg Argental...an absolutely delightful couple who have done this Accueil for only a few years. Their home is the old train station and I have a small detached house to myself! I kid you not shower, kitchen, living room... 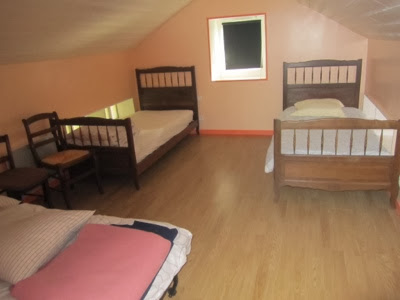 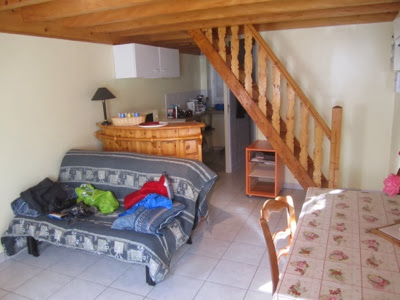 They can have up to four people in their Accueil Jacquaire. In an hour I am having supper with them and their daughter Alice...earlier today I was invited in for blueberry pound cake!