A solid walking day today totalling 34 kms in just over 6.5 hours. Today was another perfect weather day however once again was very warm as we stopped around 2:30. Yesterday afternoon in Melide it was 34C!

The walking was varied and thankfully we started quite early just after 6:00 in the coolness of the early morning. This was the day before Santiago de Compostela and we were all walking very strongly!

At some point mid morning we met a significant number of pilgrims over a 45 minute period. It was quite the sight to see so many pilgrims at once and I just went into high gear to get out of that mass of people...must have passed 50 or more walkers during that time...2 young women just breezed by me as if I was standing still!

I am happy to report that Marc was successful in his Farmacia purchase yesterday for Second Skin...he went in with a sample and Paulo!

An interesting twist today was meeting a herd of cows coming down the path towards the many pilgrims. These were huge cows...likely in the 50,000 to 100,000 kilos each range. A lady with a big stick was leading them saying in Spanish what I expect was "Don't worry they won't hurt you" as all the pilgrims squished to the side of the road! Yeah sure...I saw some of the cows actually fighting each other!

Unfortunately no pictures...just a frightful memory! A few other pictures from the day...

A Camino multiple choice question...let's say a pilgrim has three pairs of underwear...one of them is set aside to wash...second pair goes to the wash after a nice shower...third clean pair worn after shower. What does this pilgrim do in anticipation of the following day?

If you choose D) you are correct...let that be a lesson to future pilgrims! 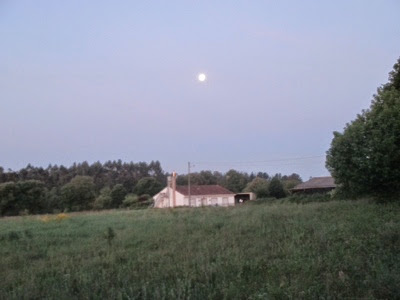 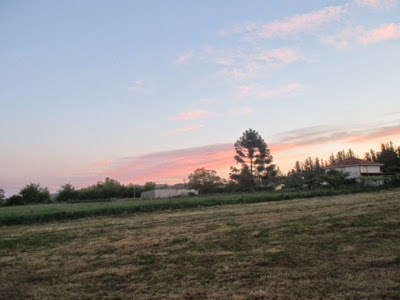 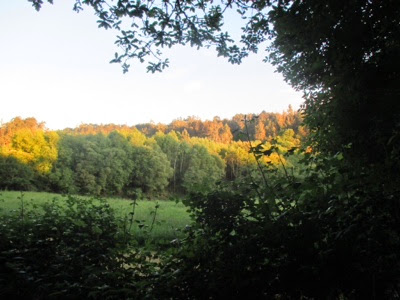 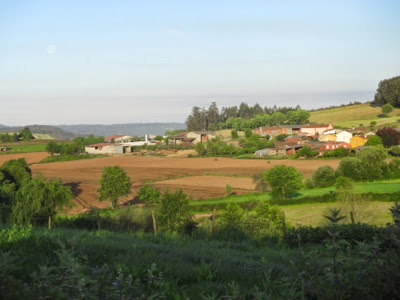 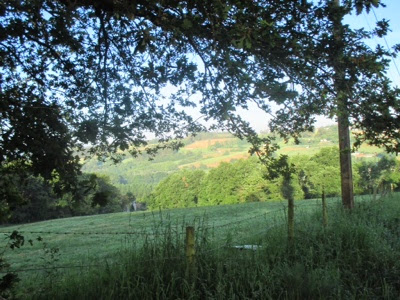 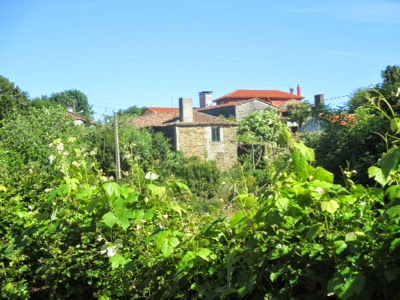 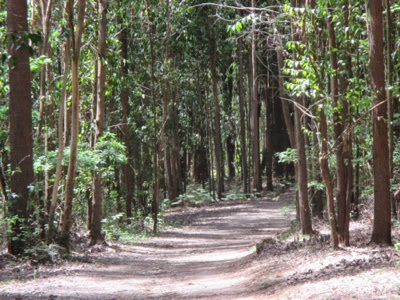 As I reflect on this long walk I wanted to take the opportunity to thank fellow pilgrims which with I have had the good fortune of walking with...all strong walkers...all great people.

On the Le Puy route in France...Georges (Belgium), Cyrille (France), Yosh (Japan) and for a too short period of time Daniel (France). On the Camino Frances route Paulo (Brazil), my brother Marc and to finish the long walk Cyrille (France). I have been so very fortunate to have met each and every one of you...many thanks for your laughter, encouragement and support!

Finally I leave the Blog readers with two pictures of Canadian pilgrims...who is the coolest of them all?