A relatively easy day covering 26 kms over 5 hours give or take. There wasn't too much to see on the way in but we are in Leon. Our very special treat is here...more later!

Last night's supper was a hoot...probably the most fun of the entire Camimo Frances so far. We were joined by two Italians Luigi and Guiseppe 2 (not to be confused with earlier Guiseppe 1 who was a champion snorer). Luigi was a relatively quiet guy due to language problems I think...but Guiseppe 2 spoke some Spanish, some English and some French...somehow we communicated.

Once Guiseppe 2 realized we were able to joke around he just got going...man is he an animated kind of guy. We joked about Guiseppe 1 and his snoring...which came back to bite us big time later...but the funniest lines came out when Guiseppe 2 talked about French people (we had a table of three French pilgrims just beside us).

He simply doesn't like too much about the French...they say bonjour instead of hola, bon chemin instead of Buen Camino. They think Paris is better than Rome (apparently more lawyers in Rome than all of France...not sure what that proves!) they think the French football team is the be all and end all on and on it went! Guiseppe 2 also told us that when we get to Santiago de Compostela to a) take pictures of the Botufumeira and not listen to the various signs saying no and b) look down our noses at tourists who have not walked to Santiago and therefore do not have the rich smell of a pilgrim. Ah...not too sure about this advice.

Later on in our room we found out that Guiseppe 2 snores...go figure.

We left early early at 6:30 and walked for two hours before breakfast...a few pictures... 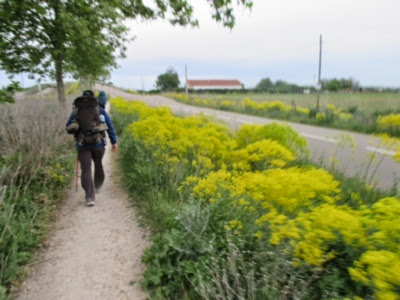 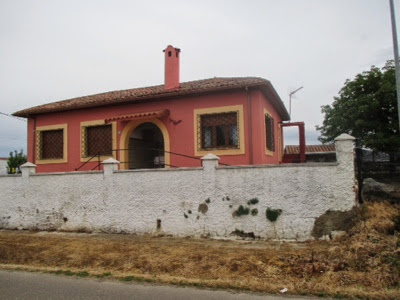 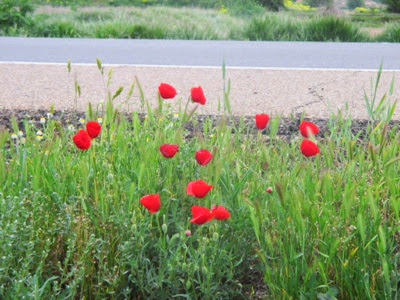 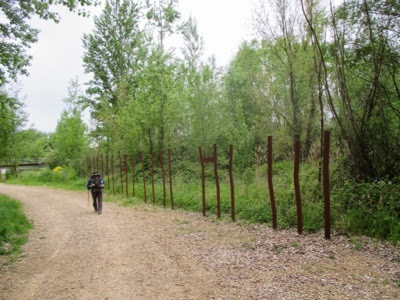 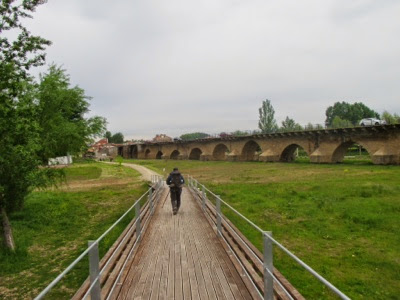 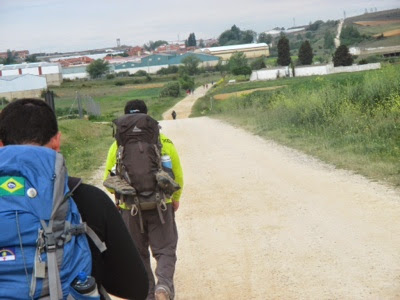 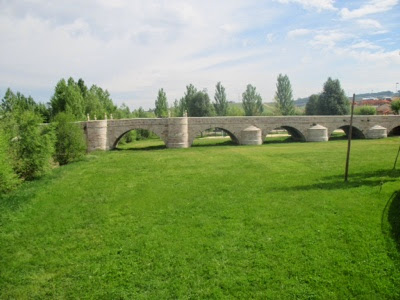 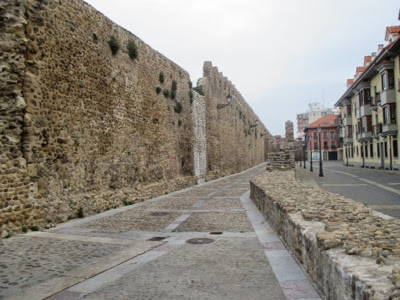 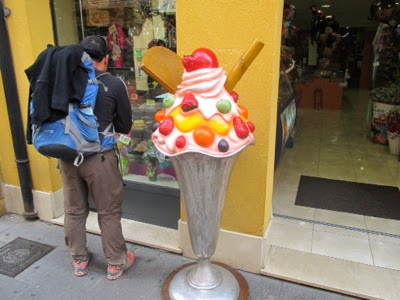 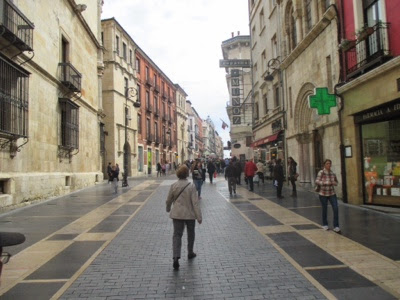 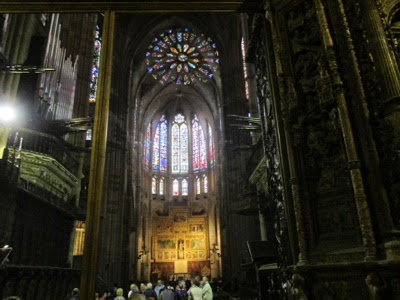 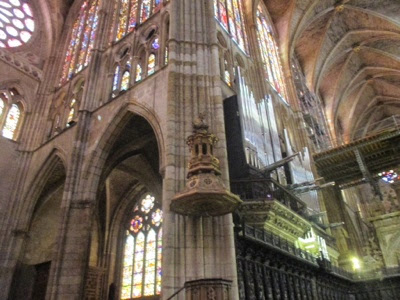 The world famous Leon Parador!!!!! Our special treat...saw other pilgrims here as well. Yes I know it's ridiculously luxurious (58€ each for a two bedroom suite...somehow we got a free upgrade!) but this kept us going for more than a week and Martin Sheen did this in the movie The Way!

A few early pictures as I wait for my turn in the tub...we each have half an hour (Marc did the schedule) to soak in the tub...apparently there is special bath stuff to soak in!

Tomorrow we resume a stretch of four 30+ km days! Then a shorter day to get to O'Cebreiro...got to go now...tub is waiting!