Another very pleasant, but long day, on the Meseta...36 kms in a little over 7 hours. So far the Meseta is my preferred part of the Camino...scenery is understated but striking!

The weather was perfect in the high teens...however the sun is extremely strong.  Sun block, SPF 90, for the ears and hands courtesy Paulo (he has special connections to get this sun block) was in full use today.

Even with that my hands especially are burned...will have to try and purchase some cyclist gloves somewhere to give extra protection.

The day started with a terrifying moment and ended in a similar manner...more later.

Yesterday's supper was superb in my books!

We started just after 6:30 and within minutes the skull and cross bones (see picture) appeared in the darkness...talk about an ominous start! We were all shaking in our boots for some time after this!

Today's walk can be split roughly in thirds...first third in the beautiful Meseta...next third a little less spectacular but nevertheless nice coming into Fromista and the final third a real tedious march into Villarmentaro de Campos.

Before pictures I thought I would broach a delicate subject in a way that maintains proper decorum in a blog read by millions across the world. Bio breaks on the Meseta...what do you do? I know you have all been wondering about this!

In small villages...no problem...all bars have servicios available however on the Meseta? I have perfected a method which works well for me...

Pilgrims tend to get into small groups with decent space between these groups. I get behind a small group and similar to a high class cyclist draft right by them in high gear. I then accelerate very quickly and just before catching up to the next group step to the side behind a small bush or high blade of grass and all is good. The group ahead never looks back and the group behind thinks I am taking a picture.

Wind turbines are everywhere and they are something to see...we were on a plateau today and there were hundreds and hundreds of them all around us. Marc, who has spent considerable time on wind turbines from an Engineering standpoint, is in his glory.

Spain is the first country in the world where the #1 source of electricity is wind (2013)..it also ranks fourth in total production. Over 21% of Spain's electricity is produced by wind. Manitoba's wind power capacity is roughly 1% of Spain's!

Ok...back to the walk today. Marc walked in his runners for the second day and while his feet still hurt is clearly doing much better. Paulo's hot foot bath last night was well...not the best idea as his feet were soft and tender today. They need to be hard and crusty! Paulo's blisters are really something...he is treating them carefully...a tough determined guy to keep pushing forward. My feet are sore however no problems so far.

We have really pushed over the last two days walking 78 kms...we needed to do this to set up for the next week as we head into Leon and O'Cebreiro. We are all looking forward to shorter days over this time period! A few pictures from the day... 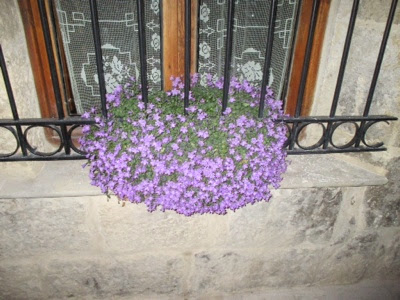 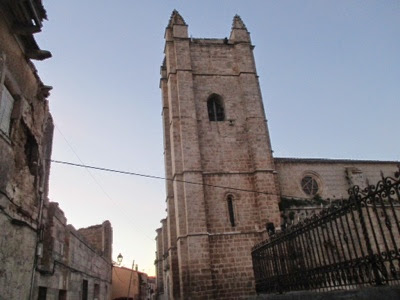 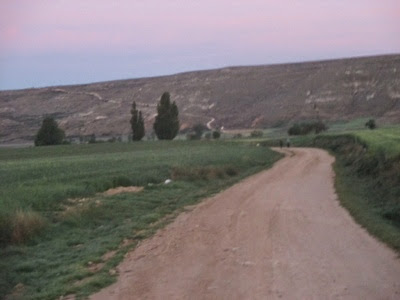 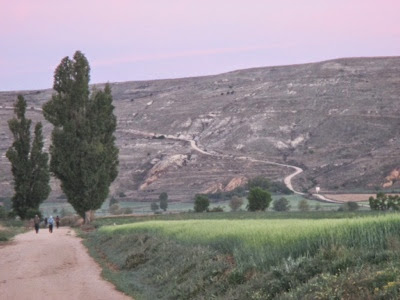 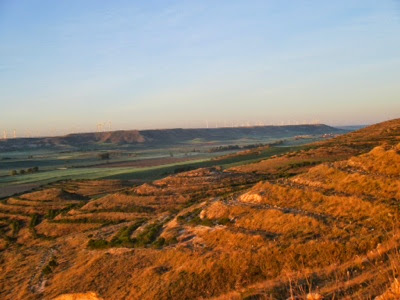 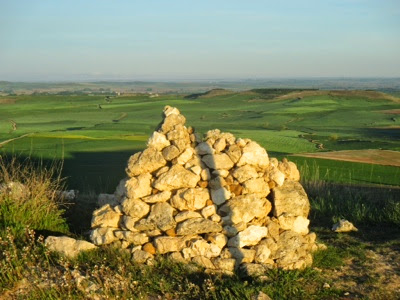 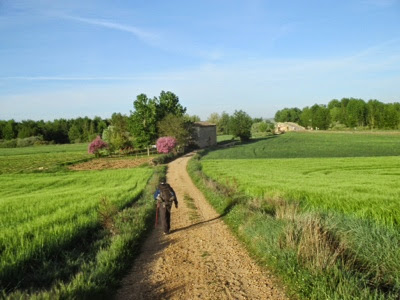 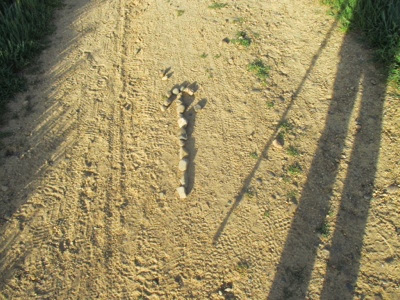 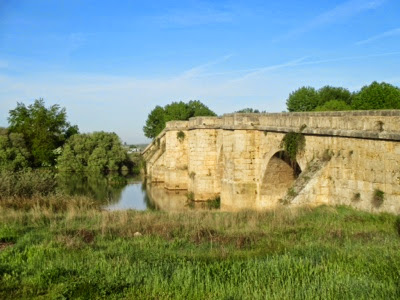 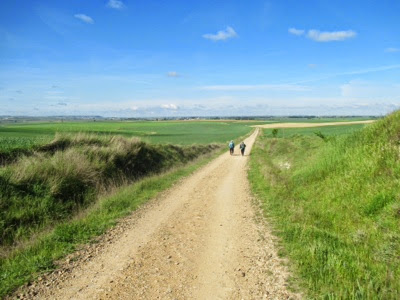 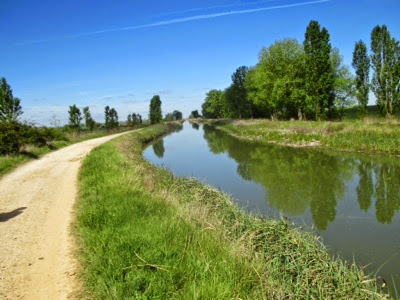 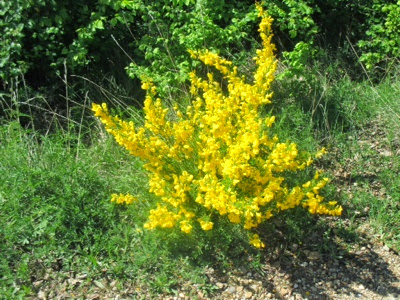 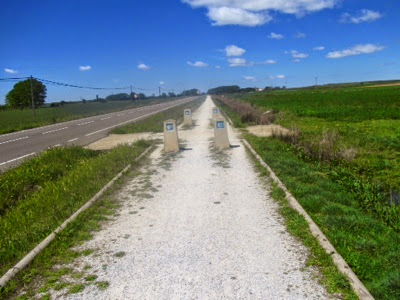 Just before arriving at our luxurious Casa Rural (more later) this terrifying...I AM NOT KDDING...event occurred...see sheep invasion pictures...

We are staying at the luxurious Casona de Doña Petra tonight...yes it is costing us about 15€ more however we felt we deserved a nice place. This is our first Casa Rural and man is it nice!


We are going out for Cervezas shortly...resting our feet for tomorrow!
Posted by GuyA at 08:48