Hard to describe today as it was the longest walking day so far at 9:30...it was likely the least spectacular in terms of scenery...great sunny weather with a breeze at times...it may have been the toughest one mentally.

Today was supposed to be long at 34 kms however I turned that into likely 40 kms or better yet as I write this is the day I have to be most thankful for the Guidance (yes capitalized) received...more later. First a few food shots...

A good start however things soon were not very good. Christine explained that instead of going back 2.5 kms to Riggisberg (extra distance I walked yesterday) I could go forward and hook up with the Via Jacobi using an alternate route. We looked at maps together...she said she had placed a marker at the only junction and off I went.

Marker was no where to be found yet the surroundings were as described...soon I found the Wanderweg signs and I thought I was good. I even stopped someone and he confirmed it as well. I kept walking and seeing Wanderweg signs, which I often follow, however had an overwhelming feeling that I was off path...by 9:30 I had yet to see a Via Jacobi sign.

Shortly thereafter I came to a yellow sign which indicated directions to various towns...NONE of which were mine! I walked back to a farm and said I was lost. Two people just spoke German...third one spoke some English. He looked at where I wanted to go on my iPad PDF map and showed me where I was. Way off...likely 5 kms or so off.

I asked if he could just point out the road to backtrack and he said sure...wait a minute. Next thing I knew my backpack was in his car...he was a veterinarian and he drove me back over the roads I had just come for the past hour...then a little zag and I saw the Via Jacobi sign. In total he only drove for maybe less than 10 minutes...but it really saved me.

In hindsight I was at some point very close to where I should be however veered off at that point...there are so many walking paths! I tried to save 2.5 kms but in the end walked at least double that!

I could have given him a hug (note not a big hugger therefore I didn't)...offered him some money to which he said no...then dug up 10 or so Canadian lapel pins and gave them to him...he seemed happy.

A short while later I stood by the side of the path quietly and acknowledged the Direction that I had been provided and gave thanks. That event was a lot more than luck... A few pictures from the day... 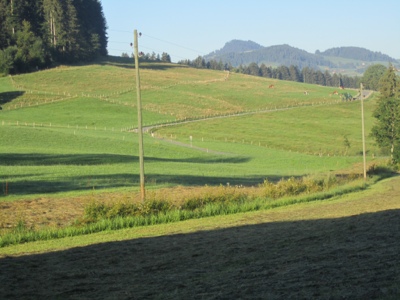 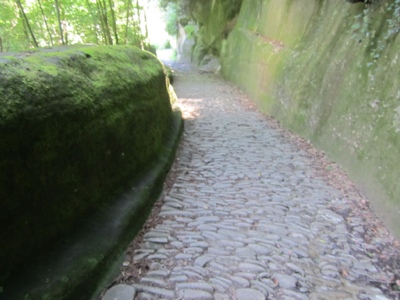 A very quiet day...think I may be through what Switzerland has to offer...a few pictures of potential dangerous animals behind fences. 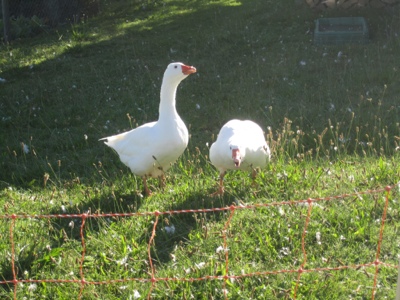 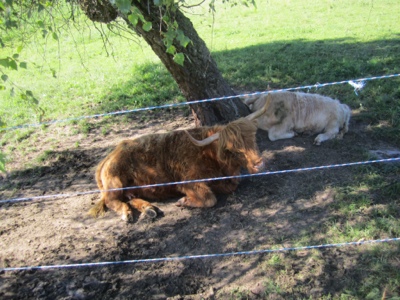 Just before noon coming into Schwarzenberg I had an experience which almost sent me in the deep end! Following the signs is at times really difficult and this is the toughest mental part to the walking...overcoming physical challenges is overall easier.

I came to a point where to the left the sign pointed to Via Jacobi 4 (route I had just walked from which was fine as the route is marked in both directions)... At a right angle was a sign which said Route 3 and not Via Jacobi 4 with the Camino shell. To the right was a homemade sign indicating Jakobsweg Via Jacobi 4...bingo I follow it.

This then led to a gravel road which had silver Camino signs (never seen these before) and 15 to 20 minutes later the gravel road ended on a well travelled road...NO more signs. Past experience is that the Via Jacobi almost never follows a major road...so I backtracked and tried the Route 3 route. For quite a while this did not look promising however in the end I made it.

It's hard to describe how dispiriting this can be. This walk is about trusting others and yourself. If you lose that you may as well pack it in. Thankfully the afternoon, while very long at 5 hours, was smooth sailing until I hit Fribourg.

First walking through old Fribourg is quite neat (was no longer taking pictures as I just wanted to reach my destination). My directions on how to reach the B&B were very sketchy. After 30 minutes or so I reached a main area near an old church and suddenly I had a very strong sense that I should stop.

I phoned the B&B...already decided that unless the call went through I was going to stay at another place...whatever the cost. Beatrice corrected the address I had, a gentlemen came to my help twice (yes a pin), I found the B&B on Google maps and out of the blue I heard Monsieur Arbez. Beatrice had come out to meet me..Ii was head down looking at my iPad.

This place is an oasis...I have my own little apartment with food stockpiled for me. 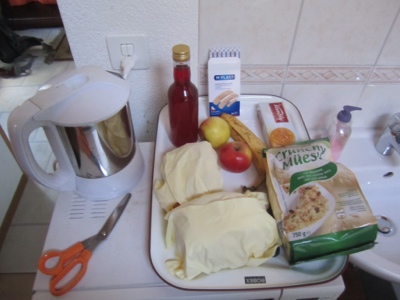 I made myself supper from granola, banana and milk (first time in weeks!), some bread with cheese, an apple, some cookies and a great tasting drink which is a mixture of fruit juice and water. Tomorrow's breakfast is all laid out for me as well.

Again I am thankful for the assistance received just when I needed it the most! Tomorrow is another long day at 32 kms followed by two short days at 20 kms each.