A long walk today of 34 kms completed in just over 6.5 hours. We were really moving through the day...I felt quite strong however no question this pace was quick. The walking was relatively easy with a few climbs...the wind though made the going difficult...had to dig deep at times.

The countryside was a mixture of very pleasant walking in valleys coupled with some stretches of relatively plain jane countryside. Overall a quiet day...not too much excitement one way or another. Everyone has sore feet...a few blisters (I am ok so far) have magically appeared!

First back to last night's supper which was superb!


I estimate 20 or so Canadian lapel pins found their way in someone else's hands. At supper two ladies from Spain, 2 kitchen staff and a couple from the United States...thanks/gracias all round! Over the day today a Brazilian, a Dutch couple (son in Canada for a while), a Spaniard older gentlemen (who so wanted to communicate with me), 3 Koreans and 3 Australians...

The Koreans were very tired when I passed them...I was flagging myself. Giving them pins perked both of us up immediately...was a good feeling.

The Australians were a highlight of the day...as we came upon them Marc asked them whether they were from Australia...they seemed pleased that their national flag emblems on their packs were recognized. Steve, his wife and niece were walking together...I commented on the poppies they were wearing...and an interesting conversation started.

First Steve peeled away from his group to walk with us for 10 minutes or so. He told us that today is ANZAC (Australia and New Zealand Army Corps) day which is Veterans Day. It's a major holiday in both countries. Steve was in the Vietnam war spending a year in that country. We talked about the war and it's impacts and we congratulated him on his service efforts. A few other pictures from the day... 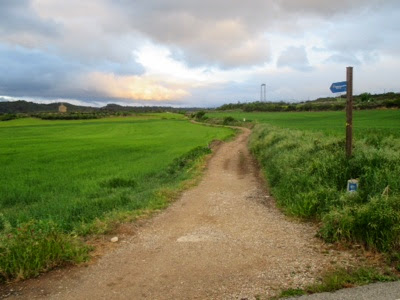 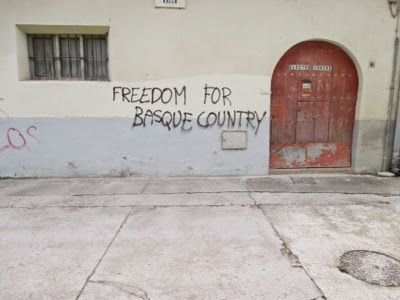 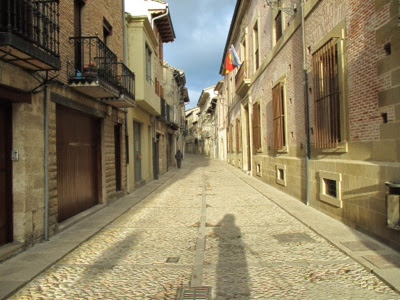 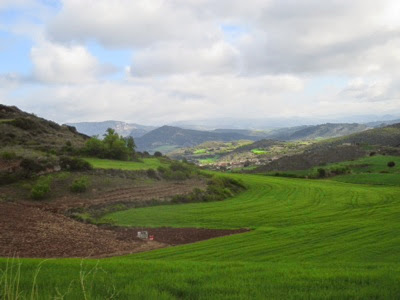 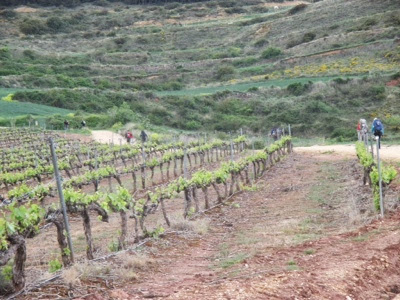 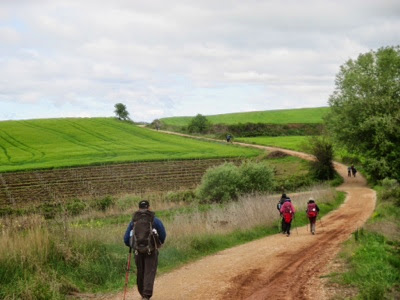 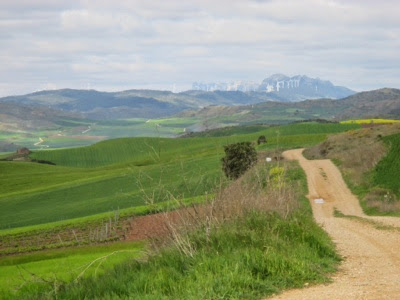 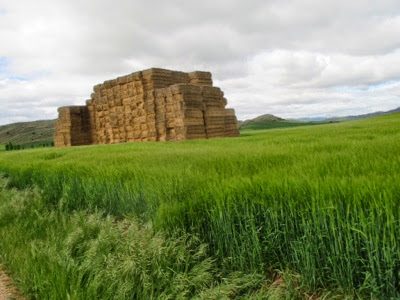 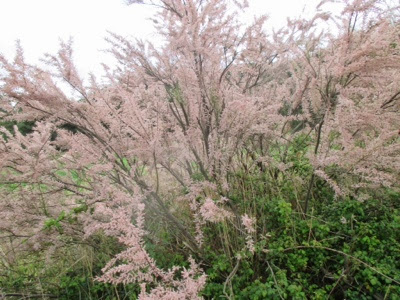 We are now at the La Pata de Oca...seems ok...we are a tired group. Tomorrow we are planing a short 22 km day to Logrono...so far we have walked about 150 kms in 5 days. We all need to take it easy a bit! Thanks for all comments received...really make our day.