Another super day walking 27 kilometres in overcast conditions over 6.5 hours or so. Today was a surprising day as I expected less climbing however coming into Zubiri there was both some stiff climbing and a steep descent. Believe me going down is tougher on the body than going up...so much potential for a nasty fall in slippery conditions.

Yesterday evening was simply fun as we had a Pilgrim meal with three guys from Brazil...Paulo, Daniel and Chico...the latter two from Rio de Janeiro. I forgot my usual food picture however the soup, chicken and dessert hit the spot. We had a good time talking about everything from the upcoming World Cup and Olympics in Brazil to our horror stories about Canadian winters. Can you believe that in Paulo's home town an all time low of 17C was set last winter. We may of course may have embellished the Canadian winters just a tad...for story telling effect only!

After supper we joined about 50 or so pilgrims for the pilgrims mass which I enjoyed even though I didn't understand 99.999%. The singing was touching as well as the pilgrim's blessing where we all go to the front of the church to receive a blessing.

Sleeping last night was a joke! In our wing...now called the SNORING/COUGHING A LUNG wing there were about 40 of us. Paulo slept in the bunk just under Mr. Special after which the wing is now named. Marc claimed he did not sleep...I slept off and on...Mike across from me slept a bit...Paulo considered leaving the building. You get the picture...impossible noise levels through the whole night...oh my this is going to be a long Camino if we don't sleep! More later! A few pictures from today... 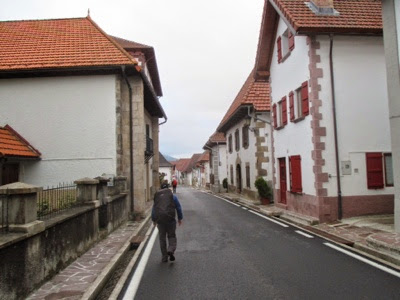 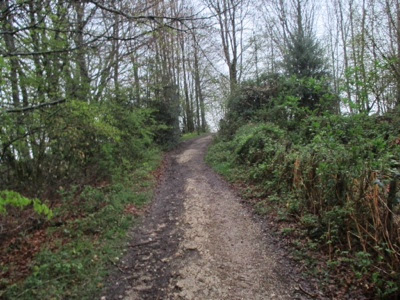 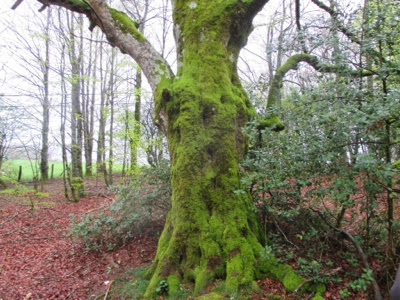 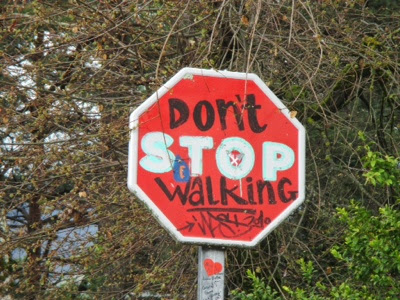 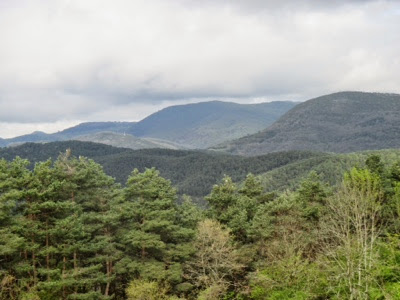 While we were walking separately for most of the day we had an understanding that we would meet up with Paulo in Larrasoana. Fortunately we met up about 5 kms from Larrasoana and walked in with Paulo...what luck that turned out to be for Marc and me.

Canadian lapel pins given to a few ladies for their help with directions and food...all getting the same positive reaction. I also met Marco on the trail and walked with him for 15 minutes or so...lives in Sicily Italy and is walking for 10 days or so as far as he can get. Canadian pins also given to a young guy from Hungary, guy from Germany...and others I can't recall at this time. I am so hoping to develop the same reputation as on The Puy route where I had pilgrims coming up to me and saying...are you the guy handing out pins? We will see!

Coming into Larrosoana we went straight to municipal Albergue...I had heard this was not the best and should be avoided but we knew better. Wrong! The room was really cramped, the bed sheets were rubber (very cold and slimy to the touch)...shower facilities poor etc. the place simply was...well...terrible... yet we were staying UNTIL I SAW MR SNORING/COUGHING UP A LUNG walk in. Unbelievable...Paulo and I had the same unspoken thought...we can't stay here...plus he chose the top bunk over Paulo. Too funny!

Within minutes we were at the front door of Pension Tau...a super nice place. Paulo did an amazing job involving a half dozen Por Favors (please) and voila we had a room with a cot rolled in...cozy! We will be eating supper, breakfast, have super nice washroom facilities plus get our clothes washed for 35€...talk about hitting the jackpot! 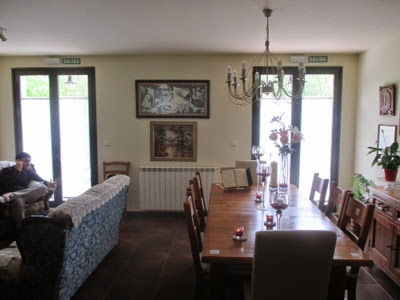 Nancy, Pierre and Jacques you will be happy to know that the iTouch experience is going much much better, pictures, email etc.

We are planning on modifying our plan to get into Santiago de Compostela a day earlier to meet Paulo's time commitment while all the while meeting up with Cyrille in O'Cebreiro...we will see how all this plays out!
Posted by GuyA at 10:13