What a great start to the Camino Frances as we walked in near perfect conditions...for most of the day...over 27 kilometres in about 6 hours. Today we walked over the Pyrennees which involved some stiff climbing from a 200 metre start in SJPP to 1,450 metes at the highest point at Col Leopeder.

Back to yesterday where the day started hoping and praying that our luggage had arrived. We went to the airport a touch early...maybe 90 minutes early. I doubt flight 880 from Toronto was even in British let alone French airspace at that time. We sat and waited...again discussing options if no luggage showed up...one of them being my faking the entire walk through this blog!

Logically we knew that our luggage would likely be amoung the first to be loaded onto the flight from Toronto...therefore would be in the last batch taken off the plane. It's great to be logical however when 300 or so bags had been unloaded without ours being one of them...that was uh a little difficult...finally they were there and we we off at warp speed to catch the bus to the Montparnasse train station.

All went well until about 9:00 at Bayonne standing on platform B patiently waiting for the scheduled train to SJPP a thoughtful German pilgrim yelled at us that the BUS was there! What bus...this must be a joke...yes the train had been cancelled and a bus was waiting. Mario Andretti was at the wheel and somehow we survived the high speed run into SJPP...beating the expected train time by a few minutes.

Canadian lapel pins...I simply have lost count...Maggie (Ireland), Mike (New York), two Frenchmen, Ed (Lithuania), 3 or 4 people who helped us, young guy from Japan, Paulo (Brazil), Daniel (Brazil), young guy from Korea and I'm sure some I have forgotten were recipients of some Canadian goodwill. This first day has blown me away with the United Nations nature of the Camino Frances...people from all over the world....really neat! A few pictures from the day... 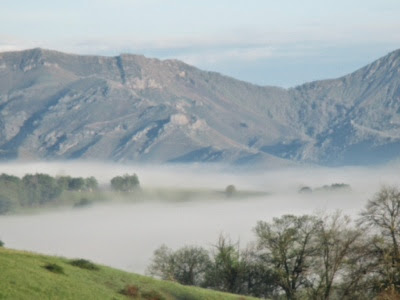 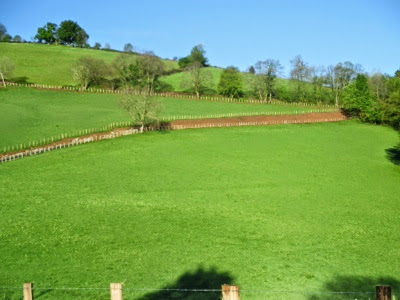 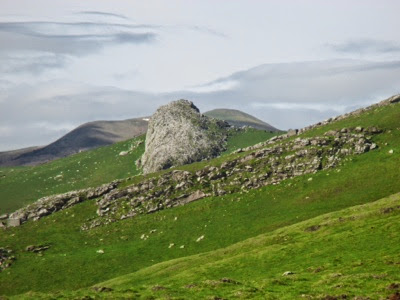 Marc unfortunately continues to experience some technical problems. The first happened in Bayonne where he entered a public WC (I cannot verify this story)...to get in the WC one must hit a button and a door automatically opens at which time hitting another button closes it. Marc then proceeded to sit on the throne however the door opened, by itself, leaving him a little exposed to the people eating at the restaurant across the street...apparently some quick action by rushing to a hidden corner of the WC saved the day!

Nancy, Pierre and Jacques I am sorry to report that early experience with the new iPod is also a struggle. Taking pictures, surfing the web and sending emails have been a tad troublesome...the air is a little blue. I am not sure my technical experience is any better...I will try.

Yes my friends who have followed this blog through Switzerland, France and now Spain these dangerous animals are back. While this photo was not taken today...I was in shock when this guy reappeared...they are back and following me. As I write this I am having difficulty dealing with the imminent danger I am in!

On the way down from the Col a hailstorm sprung out of nowhere for 15 minutes or so...golf ball size hail or small pea size...not sure which pounded us. We came through unscathed!

We are now in the Albergue in Roncesvalles which is a great facility!

We have reservations at a local pub where we will have a Peregrinos supper for 9 Euros. While there we met Paulo and Daniel from Brazil...lawyer and IT project manager for TCS Brazil (my TCS friends I am not kidding). Both super nice guys and we shared cervezas (beer) and tapas while talking about where we come from etc...very enjoyable!