Another very good day on the Camino Frances as we walked 28 kilometres in 6.5 hours or so. The sun was shining, weather in the 15 to 20 degree range and the trail was relatively easy most of the day.

In yesterday's blog I mentioned our stay at the Pension Tau...supper was simply superb...perfecto (not sure what language that is).


So after dodging the municipal albergue and the gentleman snorer we thought we had died and gone to heaven until...we go to sleep and no sooner Marc is sleeping and snoring like crazy. I mean really loud...Paulo is being polite however both of us can't believe what is happening. So I gave Marc a gentle brotherly love tap and he rolled over a bit and stopped. If he hadn't...a short Camino I am afraid!

The early part of the day saw us walking by the river and nice forest paths. 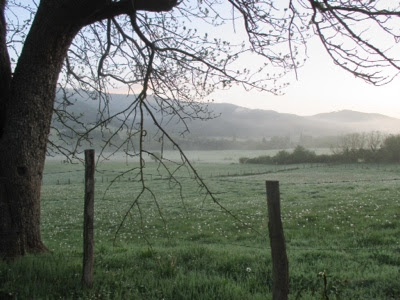 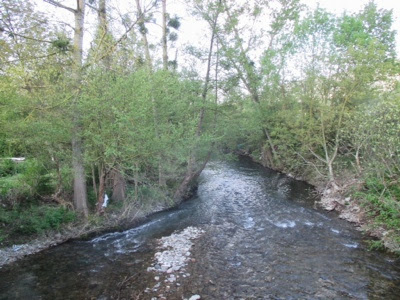 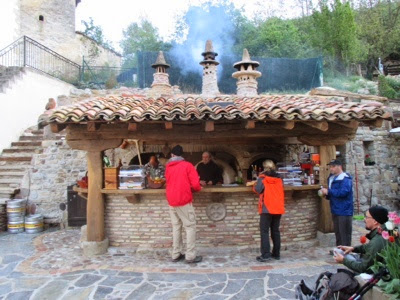 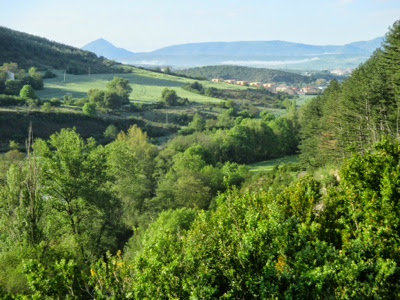 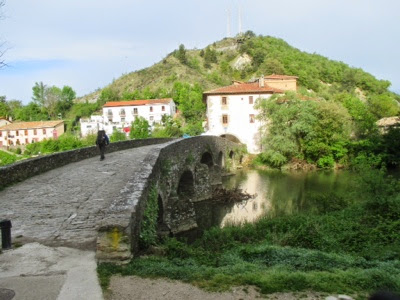 By 11:00 we were in Pamplona...a really special place where we stopped at a local bar for a sandwich and to reserve a place for tonight at the Posada Ardogi in Zariquiegui. 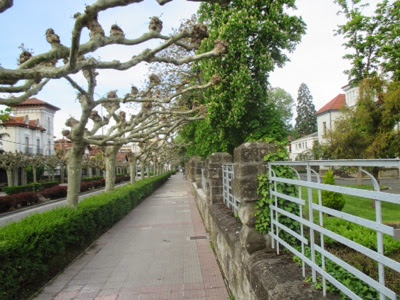 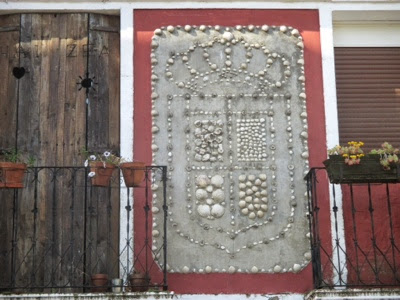 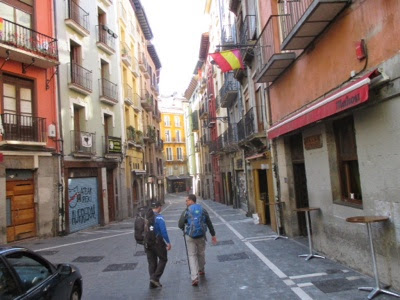 Within an hour or so we were past Cizur Major where a highlight for Marc was seeing the wind turbines.

A plus for the day was once again the Canadian lapel pins...gave out 30+ for sure. It started at breakfast where I gave Jean-Louis and Renee a pin each...and innocently asked whether they would like extras. Well Renee has 4 children and 10 grandchildren (youngest 8 days old) so I gave her 15 pins.

As the day progressed Micheal (Chicago), two unsuspecting German ladies sitting at a table, a bartender, Malte from the Netherlands and the gentlemen who snores so badly and his wife (Italians I learned) were recipients. I thought by giving the lapel pins to Mr. Snorer that this might relieve some bad karma...

Best part was a group of 5 Koreans who were so clearly overjoyed to receive the lapel pins...they started talking excitedly between themselves and then gave me two key chains with a Pope Frances picture. I was really touched by their generosity and gave one key chain to Paulo.

Another nice moment was meeting Paulo's family...Andrea, Beatriz (8) and Pablo (4) through FaceTime...technology can be wonderful.

On the physical side we are all frankly hurting a bit with feet are being the main concern. A lot of stretching going on...so far I am faring the best with Marc hurting the most...right now a concern. We have to continue to be very careful and taking good breaks during the walking day.

Coming into Zariquiegui we met Wilfred from Germany who stayed at the municipal Albergue in Larrosoana last night. The previously mentioned couple from Italy was sitting 25 metres from us and Wilfred mentioned that for 3 nights he has basically not slept because of the snoring and coughing. Our conversation with Wilfred is really down to sign language however we did pick up gun, silencer, Italian kaput! Wilfred was tired however he was pushing onward an extra 10 kms just to ensure he was out of range.

Look forward to tomorrow...planning on walking to Villatuerta
Posted by GuyA at 10:11