Today will be remembered as a really tough 8+ hour in the range of 33 to 35 kms...physically and mentally tough...more later.

Carole is walking alone and is taking a rest day tomorrow due to foot issues and the need to find properly fitting boots. The elderly couple from France are walking shorter days with assistance from a baggage transport service...they walk and their bags are sent to their next destination.

The daughter and father have been walking together since Geneva. Later as I arrived in Golinhac I met the daughter again (missed her name) and we chatted a bit. She is between jobs and decided with her dad to walk over a 6 week period. I told her about my personal experience where in 1996 my brother Marc, myself and my Dad (passed away last year) went to Nepal for 3 weeks trekking 200 kms. I told her that what she was doing was so special and I admired them for it!

At supper Canadian lapel pins were handed out to everyone!

Last night I was in the couvent's library on their first generation PC (read 1980's vintage) and Delphine came in and joked that I was "too connected".

Well I woke up this morning very early at 4:20 and for some reason went to my iPad...it was dead, gone, kaput! I could not believe it so I went to the library on the clunker PC and notified family and posted my Blog is Suspended email.

To be honest the day, which was really a nice one, passed as if I was in a daze. I was in shock I think.

I was so very dispirited at having lost my opportunity to share and be in contact. I walked steadily...almost in a zombie like state...actually thought about quitting I was so frustrated. A few pictures from the day... 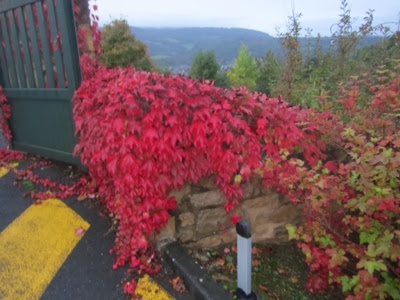 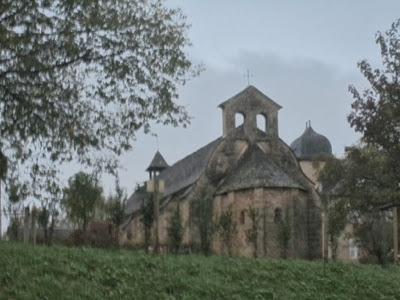 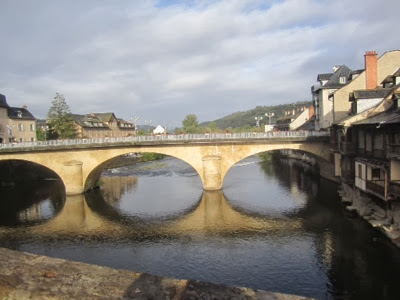 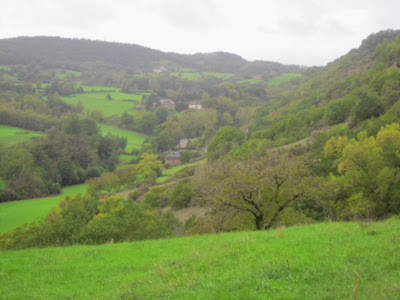 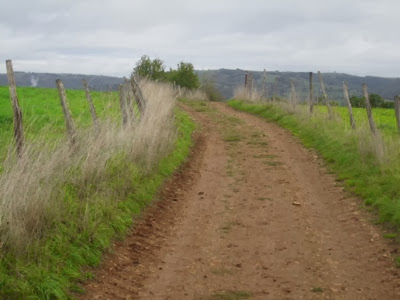 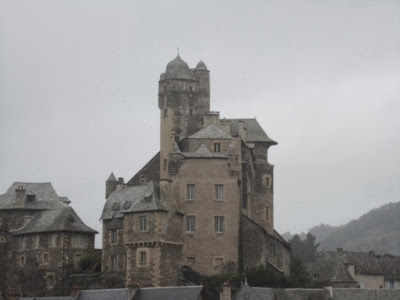 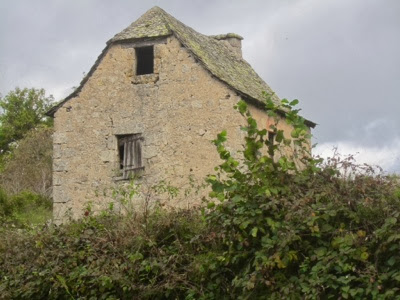 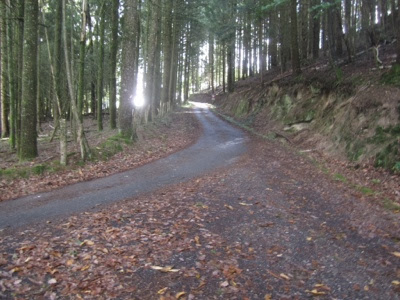 At last night's supper the Urseline nun very clearly and emphatically said we should bypass the GR65 after Saint Come d'Olt and just follow the road to Espalion for a few kilometres. The GR65 was simply a torture test I was told.

I had heard from fellow Camino Forum members that sometimes the GR65 goes way up and down for no particular reason other than to get a specific vantage point for a view. I later heard from other pelerins that this was a terrible section!

So I followed the advice and sailed smoothly into Espalion...well almost!

I saw the GR65 red & white ballisage and went left...asking 2 elderly folks if I was on le Chemin St. Jacques. Oui both times...big mistake not indicating which direction I wanted to go..dah! I passed the chapelle and started going up a very steep path. After about 10 minutes or so it dawned on me...Guy you DUMMY you are walking back to Saint Come d'Olt! I was doing the path I had averted in reverse!

Back down I came, handed out 2 Canadian lapel pins to people who helped me and after spending an hour or so in Espalion I was on my way finally!

During the day I overtook 3 pelerins who were in Le Puy en Velay at the pilgrim blessing mass the day before I left...George tall bearded guy who was walking from his village in Belgium, Daniel a 72 year old with a bad lung who is walking to Figeac and a gentleman from Tokyo. I gave them each a Canadian lapel pin...they seemed like a tight nit group!

I am staying in a Chambre d'Hote in Golinhac in a cottage called Petit St. Jacques which can sleep 6. I am alone and the cost is 55 euros per night. Super nice folks in Krista and Paul who are shown below... 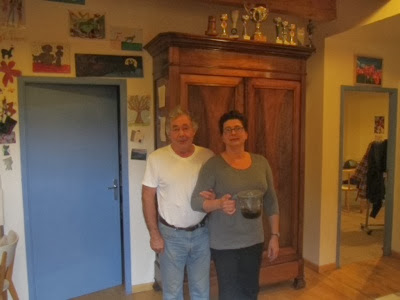 Very favourably impressed and would recommend to anyone looking for a little luxury on the walk. I gave Krista and Paul 6 Canadian lapel pins as they have 4 children.