Only one way to describe today...absolutely BRUTAL walking...30 kms in 7.5 hours of which 5+ hours were in rain. A good portion of the day was spent in a hard driving rain...the type where you feel like every part of you is going to...and eventually does get wet.

The camera was put away early and then placed in the pocket of my weatherproof GORETEX jacket. Yeah sure! At the time of this writing the camera is not working as the pockets of my coat were PUDDLES...not impressed and a hard lesson to learn. So far I have confirmed that the photo card is still OK...plugged in battery and we will see.

Last night's supper was in a local inn and I chose something different...steak and fries!

I made it even harder for myself by taking the GR65 at Aroue instead of a variante like the rest of the group...I was ahead of the group at that point so I went for it...truthfully I missed the variante! My benefit was an extra few kms and one of the steepest ascents so far on the Le Puy route. It was raining very hard at that point however it felt like being back on the Aubrac plateau up there. A few pictures from the day... 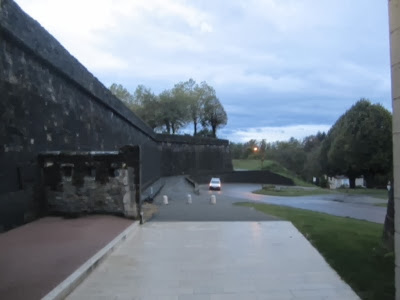 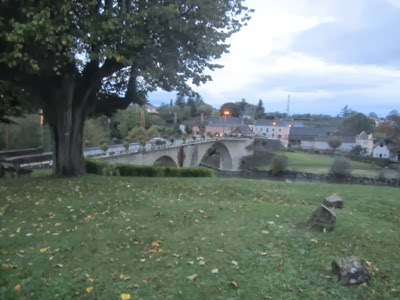 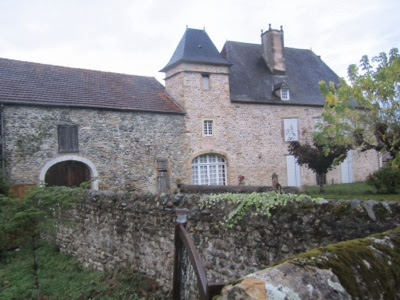 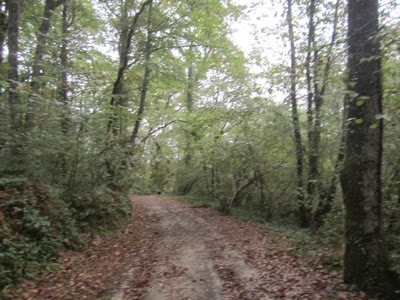 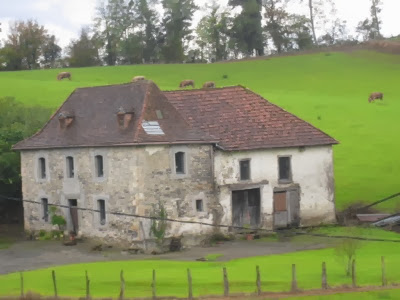 Unfortunately Anna has hurt her back and is trying to arrange for some physio later.

We are staying at the Escargot in Urhart-Mixe. Upon arrival we were immediately offered a drink. A fire was lit and our boots were lined with paper and placed by the fire. Then our raincoats etc. were hung by the fire. The owner has also offered to wash a load of laundry for free.

We have a room for 5...I am presently eating a ham sandwich...wow this is hospitality +++. The cost is 30 euros for demi pension. A highlight of the trip and a blessing for it to appear just when it was needed most.

A Michelin 5 star rating from this pilgrim!
Posted by GuyA at 05:11