Today was another easy day of walking...very little elevation gain on this part of the le Puy route. Over the course of a little less than 7 hours I covered 27 kms...except..uhmm...I may have stretched that out to 31 kms or so...more later.

Last night's supper was again an absolute treat..Claude, Micheline, Cyrille, Georges and me...Ruth and Brook have chosen to eat at a local restaurant. Ruth speaks some French but Brook does not. The others wondered why they chose to eat out...I told them that one possible reason is that it is very hard and tiring for them to follow the conversation.

Even with my French Canadian background it can be at times fatiguing due to the speed of the French being spoken and the various local sayings used. I could tell the group had not considered this. I gave Claude and Micheline Canadian lapel pins...I also offered them to Ruth and Brook however for some reason they politely declined them.

Prior to supper and apparatif and olives were offered. At supper wine...after supper Floc Armagnac. Each time I have Armagnac I take the smallest quantity possible...doesn't take much of this stuff to feel a little light headed!

It was a late evening for us...it was around Micheline caught me yawning and said the Canadian was tired...pretty sure she was tired as well!

Micheline was superb as she also did a load of laundry gratis for our group. Brook and Ruth joined us for breakfast...I left in my usual first spot around 8:20...some early morning photos. 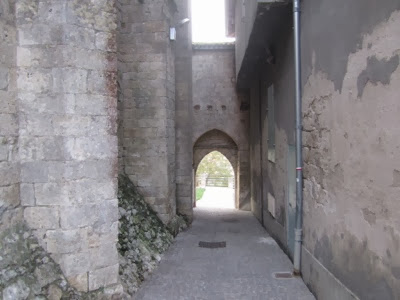 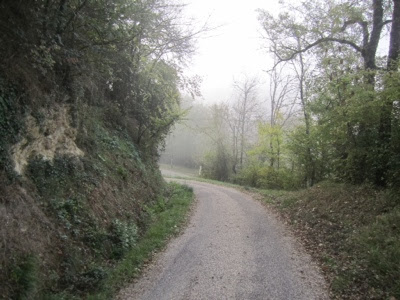 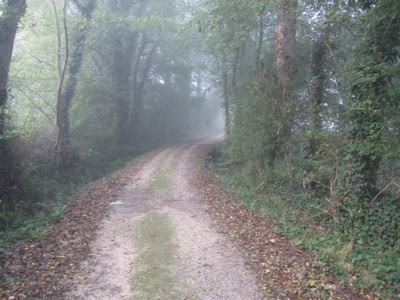 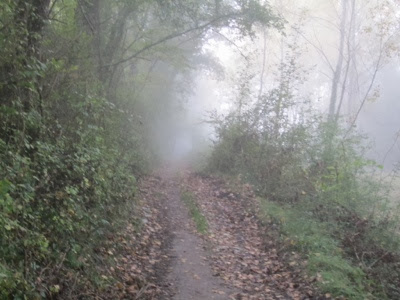 It was quite foggy until around 10:00 or so and the walking for 10+ kms was in a pleasant forest on an abandoned rail line.


In and around where the photo with the poles was taken I heard a gunshot which couldn't have been more than a hundred meters or so from where I was walking. Hunters again...not a great feeling to be walking in fog on a country road and wanting to shift to walking on my hands and knees!

I must have been rattled a bit (read a lot!) as I missed a turn and kept walking and walking...no GR65 signs. As previously mentioned in earlier blog postings one frequently walks a ways between GR65 signs. However I knew after 20 minutes or (very slow thinker when I may be mistaken for a duck or rabbit) I turned back. So I burned at least 3 kms of walking this morning.

Oh well it a was a good reminder of what can happen...so far on Le Puy route I have kept this extra sightseeing to a minimum.

Shortly thereafter is met Ruth and Brook again who were very surprised that I was not ahead of them. I pretended to not having met them before and again offered them Canadian lapel pins. I am now really sure that they don't want lapel pins.

I then walked alone for a few hours before reaching Eauze...a few pictures: 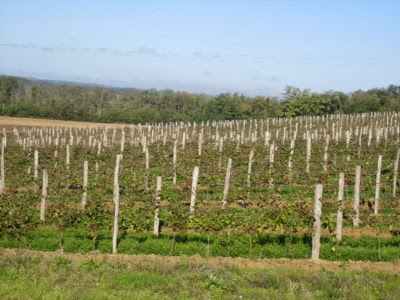 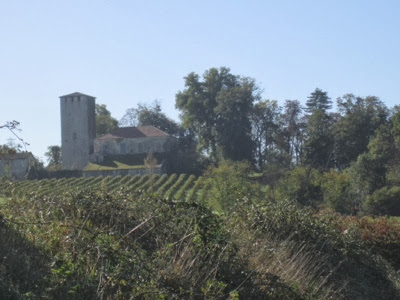 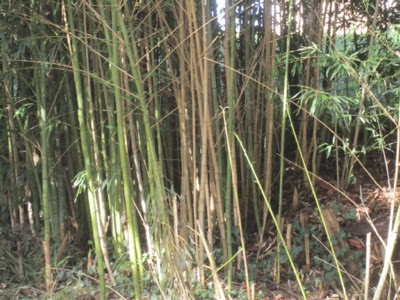 I started eating lunch and Jean-Michel (first met in Cahors) walked by...he is also staying in Manciet in the same hotel.

Georges and Cyrille arrived a short while later and we all left together.

We are staying at the Bar Restaurant Michelle in Manciet...older 1 star hotel for 40 euros door Demi Pension. My room is comfortable enough...Cyrille drew the short straw and is sharing a room with Georges. Not the lap of luxury but will do.
Posted by GuyA at 17:47