Today was a very peaceful day of varied walking over 14 kms...quiet that is with the exception of one frightening incident...more later.

Last night's supper at the Minshuku Kuraya was considerably quieter than the previous night's. I had my own table

There were 4 Japanese people seated a few meters from me...they spoke no English and likewise for me no Japanese. The only point of contact was when through hand gestures I indicated that I would take their picture with one of their cameras. In return they took my picture.


I decided it was time to branch out and take my chances. I started with the section where the head was no longer there (thank goodness) and worked with way down to the tail. When finished nothing was left of the fish...it was tasty...I am still alive.

This morning's breakfast was tasty but to be honest simply not enough to last too long walking these mountain trails...I should have supplemented it with something...like chocolate. I ate every last morsel of rice as I knew this would be good fuel for the morning.

An interesting display in the dining area

I then left to catch a local bus at 8:16 (thanks for the Minshuku owner who corrected the information I had been given!!!) where I met the young Swedish couple who were by this time experts on taking local buses.

I knew in advance that the first 7.5 kms of the Kumano Kodo route this morning was a detour on a fire road. While unfortunate the detour was required due to a rockslide which covered a section of the Kumano Kodo in early March due to heavy rains. That's ok as a detour is better than being covered with rock!

The initial going was less than inspiring...I steeled myself for a long slog in the increasingly hot morning. 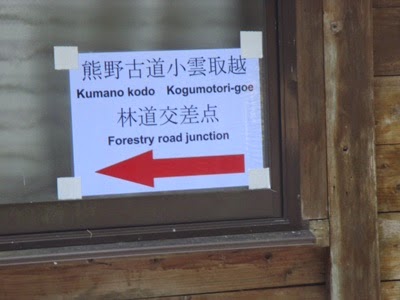 The road became narrower over time and I fell into a familiar and comfortable rhythm which I had known when walking the Camino routes in Switzerland, France and Spain...I felt I could have been in any one of these countries. The fire road turned out to be asphalt which I find comfortable to walk on and while the grade was consistently going up it only took me 1.5 hours to walk this section or 5 km an hour. I was in my pilgrim gear.

Not too much to see however here are a few pictures... 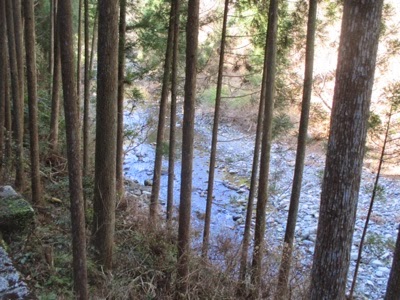 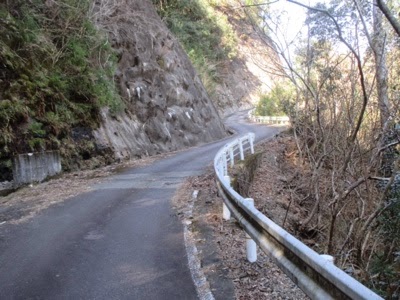 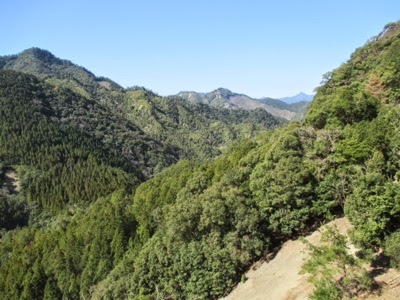 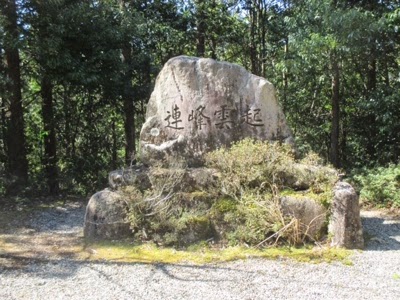 The remainder of the Kumano Kodo trail was on quiet forest paths...as good a trail as you will find anywhere. I was dawdling as I knew that I would arrive way to early at the Minshuku Momofuku...basically in a meditative state when it happened! Yes a very dangerous animal!

I almost jumped a foot as I came upon it and it in turn also moved quickly. I believe it was a lizard of sorts...almost certainly deadly poisonous...I made as wide a berth as possible on the path and motored past it...looking back over my shoulder for quite some time to ensure it was not stalking me. Finally after a few minutes I relaxed...all was ok...that was close though!

The balance of the walk into Koguchi was quiet...thoroughly enjoyed it...a few pictures: 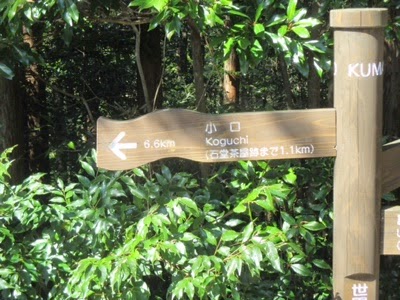 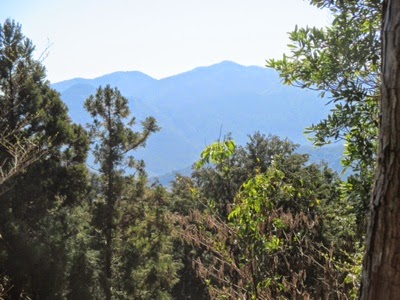 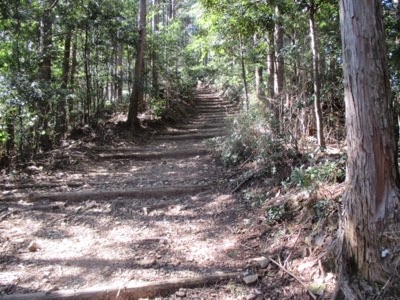 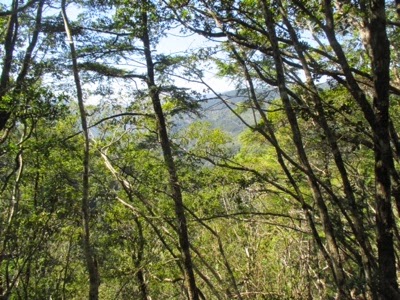 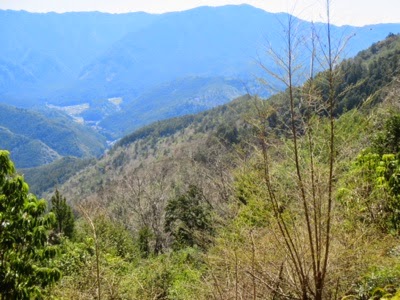 No internet in this remote Japanese location so this blog will be delayed a day. Tomorrow is the final part of my Kumano Kodo walk to the temple Kumano Nachi Taisha. It is apparently the toughest section of the walk so far with an elevation gain of 800 meters over the first 5 kms of the total 14 km distance. Will take it easy and enjoy the last section of what has been a great walk.
Posted by GuyA at 01:21