Today was basically a travelling day with a challenging short 3.7 km uphill walk. Before going into the day a few pictures from yesterday's excursion to Gyoen park in Tokyo with Steven and Rose. 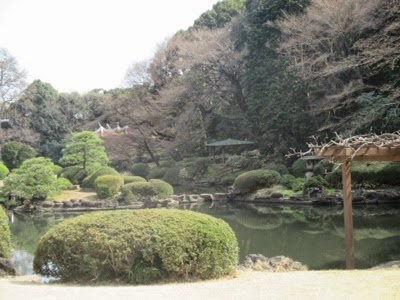 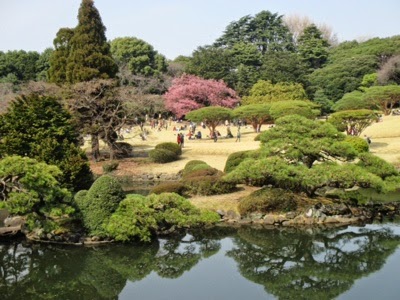 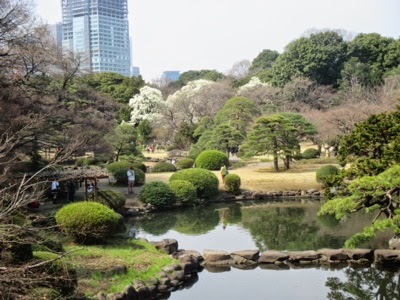 It's a pretty special place in Tokyo. Within two weeks Cherry Blossom time will likely be at it's peak in Tokyo. Already some trees have blossomed and people living in Tokyo were enjoying the early blossoms yesterday. When I return from the Kumano Kodo I am very much hoping for a real treat! I understand that there will be a few hundred thousand people in the park at peak time!

Today started early as I caught a 6:00 Shinkansen (bullet train) to Kyoto. First though I needed to get to the Tokyo metro station by subway. I caught the 5:04 subway...arriving a few minutes before the gates were to open! In my books that's perfect timing...had a half hour to spare!

While Shinkuku subway station is the busiest in the world I believe Tokyo metro station may be the (or one of the) largest in the world...can you believe 2 km...one can so easily get lost in there...luckily yours truly can follow the signs with the best of them! 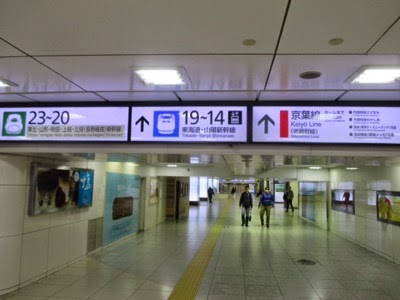 In Kyoto I had a half hour to spare and promptly frittered it away trying to follow the signs...finally after asking and receiving conflicting information I was on the right platform...however I needed to sprint with backpack on to get in the right car. I was standing on number 5 on the platform but the train pulled up short...that just does not happen in Japan.

The train from Kyoto to Kiitanabe was a local train which means Japanese only...I received very good advice from Steven...know when the train is to arrive...trust it is on time and get off the train. A little disconcerting to do it this way but it worked! 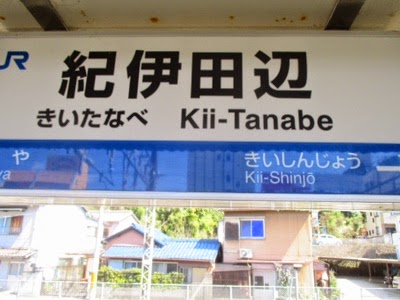 After that a local bus ride for 40 minutes and voila I was at my destination by 12:30...and so the walking begins!

A few pictures from today's very short but strenuous uphill walk (except for 15-20 meters at the 1.2 km mark). 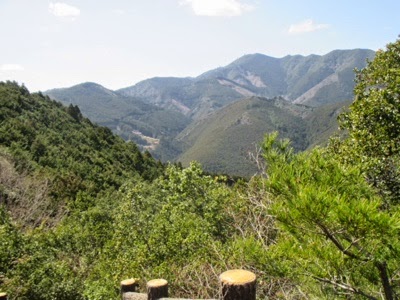 With the first Japanese group I used all my Japanese - Konnichiwa (hello), Arrigato (thank you) and Kumano Kodo...well I suppose this really isn't Japanese! 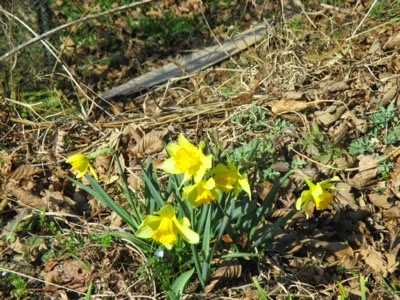 Well I have had my Japanese bath - enter room which says Gents, remove clothes and place in wicker basket, enter another room, shower with water which is a little too cold and finally enter a hot spring bath. You sit there for as long as you can take it and essentially reverse the process. I have no idea if I did this right as no one else was there...have a feeling that my bathing suit will not be required!

I have an hour and a half before supper which I am very much looking forward to...an adventure! I really messed up on the eating front today...essentially a couple of rice cakes, some chocolate covered almonds and a couple of Japanese oranges (well I think they are Japanese!)

Hope to have a picture or two of my food for tomorrow's blog...which may not happen if Wifi is not available!
Posted by GuyA at 02:01