A pleasant somewhat lazy feeling 31 km walk over 6.25 hours today...once again not a cloud in the sky...strong sun...low 20 degrees. While the walking did not have the wild beauty of the past days in the Galicia it did have many refreshing shaded forest paths.

We left shortly after 6:30 in dense fog...which may account for not seeing too much early!

Yesterday afternoon we went to the only bar/eating place in Castromaior and within a short period of time were joined by three cyclists...Jeronimo a policeman from Recife Brazil, a young German girl another guy from Brazil. What are the chances of Paulo meeting someone from his own hometown?

It was neat to listen to Jeronimo ...he was a very animated guy...long hair and beard. He simply hated his bike...was stopping multiple times a day to have a drink...and somehow was going to make it Santiago de Compostela. Clearly he is involved in some undercover work...good break for him and us!

For supper we were joined by John a scholar from the United States who is very very very very very (get the picture) knowledgeable about all things architecture (actually about all things!)...including churches and Jennie from Australia. John who is 64 lost his wife last fall...Jennie who is 58 lost her husband 4 years ago. We had what I would call a varied conversation with John, the university professor holding class and correcting his students. Jennie, who was much more soft spoken was quite interesting in that she paints landscapes as a pastime.

Jennie is doing the Camino from Sarria only...John started on the Arragones way however has skipped sections and taken the bus just to spend a day or more in a cathedral. Did you know that one should look at stained glass windows for at least 4 hours due to changing light conditions? Did you know the walls were rebuilt and that this is a disgrace...why...I suppose it is better to let them fall down! One meets interesting individuals on the Camino!

The omelette was a welcome tasty change...the French fries were not a change and were not welcome! I may never eat French fries again!

This morning the planning team (Marc and Paulo) planned to stop after 11 kms or shortly after 2 hours...however the intended breakfast place was not open...probably hadn't been for a few years...so we kept walking. Finally after 3 hours and openly fantasizing about the Leon Parador breakfast we found a breakfast stop! A few pictures from the day... 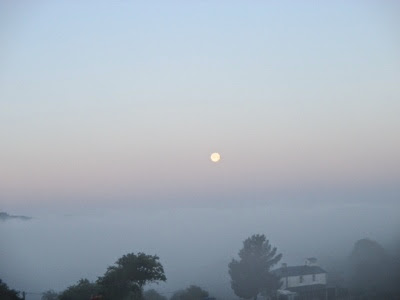 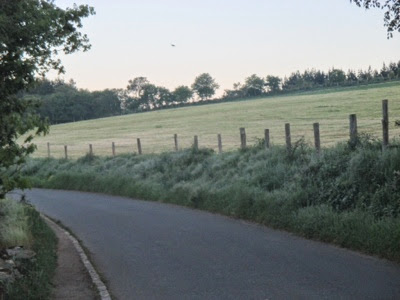 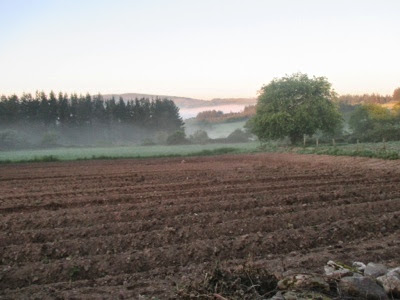 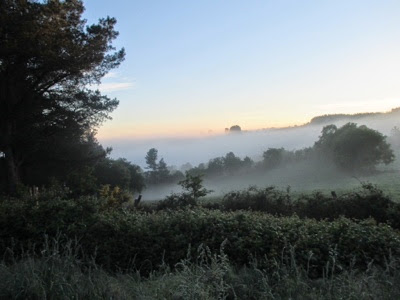 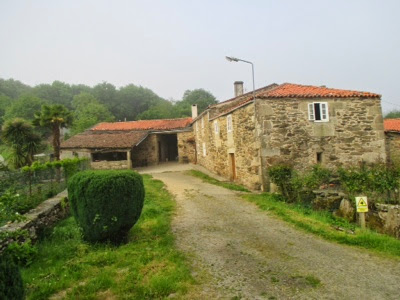 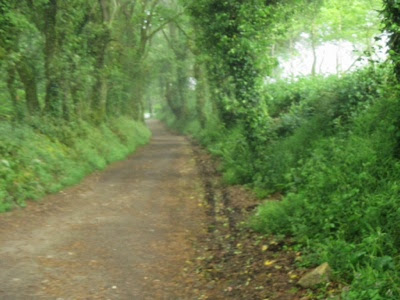 Leaving shortly for a walk to Melide's town Plaza Mayor. Tomorrow...30km+ to Pedrouza, then 20 km and SANTIAGO DE COMPOSTELA!
Posted by GuyA at 07:59