Today was a long and varied day both from a terrain and weather perspective...oh and it included a Mexican cow standoff! Overall I walked 33 kms over roughly 8 hours.

First last night where supper was very good both from a company and food perspective. I was joined by 3 pelerins Patrick and his niece Delphine who are walking to Conques and Cyrille from the Bretagne region in France. Cyrille is an interesting young guy, likely in his 20's, who cycled from his home in Nantes France to within a day of Le Puy en Velay. He then sold his bicycle and is walking to Santiago de Compostela to fulfill a wow for a friend who is ill.

A few years ago Cyrille walked the St. James way to Santiago in 22 days or an average of 35 kms per day! He did say that he would not do this again this year.

I gave each of them Canadian lapel pins...turns out Patrick spent 1 year in Montreal. I also handed out 6 pins to the family who seemed pleased...especially the 6 year old!

The morning was raining off and on and I set off at 7:40. I stopped at the boulangerie and came out with 2 croissants...not what I really wanted but pickings were slim! The first 4 hours walking were on the Aubrac plateau. Some rough trail snapshots... 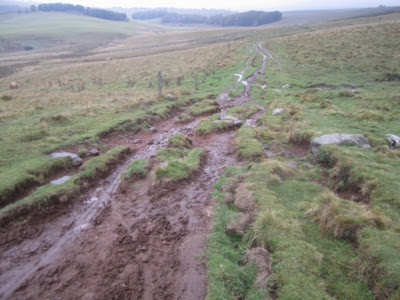 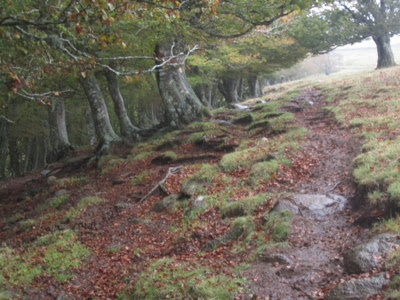 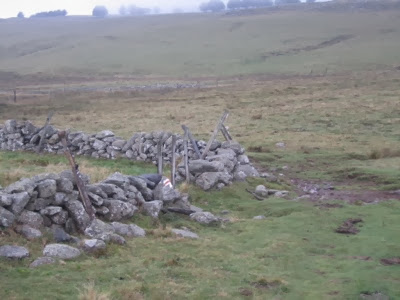 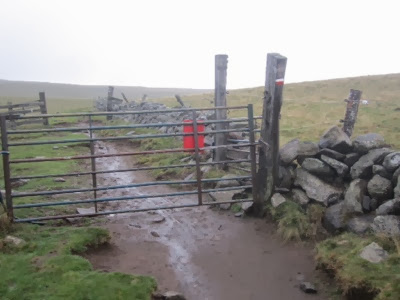 As the morning progressed it became quite eerie on the Aubrac as the fog closed in...I had heard one can easily get lost up here. I wasn't too worried as I stuck to the stone fence as le Chemin was also following this same fence... 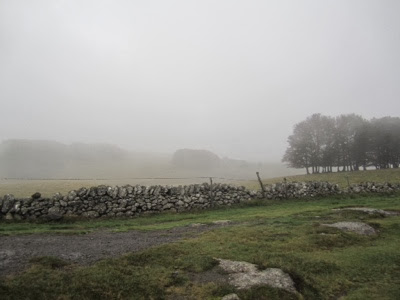 After Saint-Chely d'Aubrac the Chemin for the next few kilometres was quite simply brutal...very rocky, steep and extremely slippery. It was a physical and mental struggle all the way. That is one stretch that I have no interest in redoing!

During this descent I suddenly found myself in a small herd of Aubrac cows with horns and no protective fence! I gingerly sidestepped a few of them, within a meter or so, and made my way to a gate where I lifted the latch.

Bad move as a small electric current went through me...electrical fence! I backtracked 10 metres or so and found where I missed the trail...and there was a giant cow. There was no way around it and vice versa so a Mexican cow standoff started. The cow put his head down and made a snorting noise...so I climbed over the stone fence into a pasture...


...and promptly fell into mud or so I think it was mud...will need a good shower tonight! I then moved to the side of the cow and it moved forward...PHEW... I was on my way! 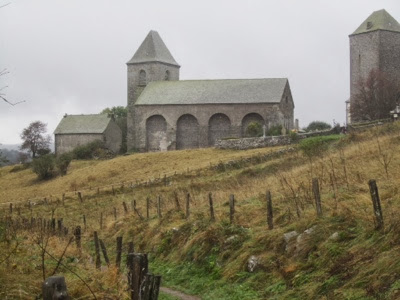 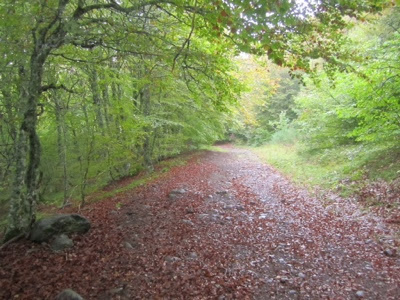 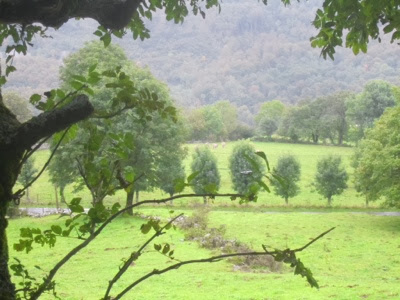 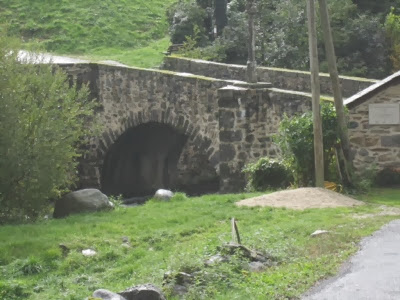 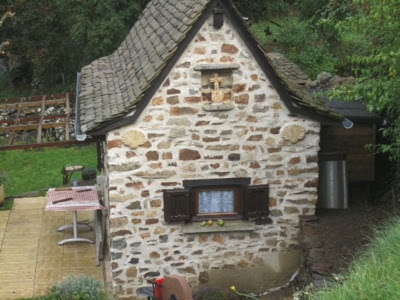 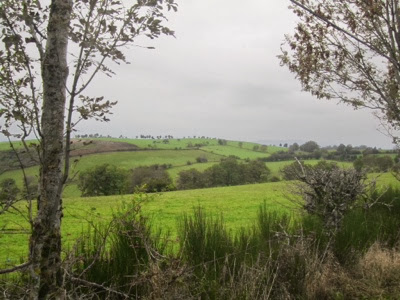 I stayed at the Couvent de Malet just outside Saint Come d'Olt. Very impressive nun convent where the  demi pension is 31 euros for a shared room and 56 euros for a single room. 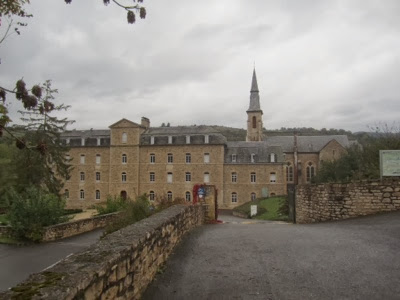