A very good day today as the weather cooperated and I had a chance to walk on the very impressive Aubrac plateau...26 kms in a little over 6 hours.

Last night just before supper I met 3 Frenchmen who were leaving the Gite. They had just returned from a walk over the Aubrac plateau to Conques and I took the opportunity to give them each a Canadian lapel pin...they seemed quite pleased.

Supper last night was a great experience as I ate with 4 others...two sets of friends walking together. Yves and Yves both from the Bretagne region who were doing various GR's including part of the Stevenson's way and a couple of older distinguished French gentlemen who were starting a week walking tour arranged by one of many companies who specialize in this type of trip.

As an icebreaker I handed out 6 Canadian lapel pins...including Christiane and Andre the Gite owners. Fun discussion on Canada ensued but the highlight for me was that one of Yves left the table and returned with a souvenir from Bretagne which he gave me!

The Yves from Bretagne were also walking the day it snowed and they lost their way and ended up walking 40 kms instead of an expected 26...a bit of a harrowing experience I think for them! I enjoyed their company very much at supper.

The other two gentlemen were clearly refined highly educated types...reminding me of possible university professors. One of them amazed me...when I mentioned my home town he knew exactly where it was and started to reel off various facts. When they asked about my family and I mentioned the Actuary connection he properly outlined what an Actuary does and that Brest had the only school in France. When I mentioned one of my daughter's had been in Troyes he proceeded to describe how Troyes had played a very key role in the garment trade routes in the past...up north to Troyes to Lyon and then on to Italy and other countries. Did you know Troyes is home to Lacoste shirts...the ones with the alligator?

Later I learned that both these guys are retired surgeons...one of them an ophthalmic surgeon...we had a brief discussion about my recent experience!

Supper was an occasion...here is Andre preparing alligot which is an Aubrac region specialty.


All in all a great supper and good company.

While I met a few folks walking in the opposite direction from me on the Aubrac plateau today was very a very quiet day...befitting of the wild Aubrac plateau surroundings.

A few pictures from the first 10 kms prior to the Aubrac plateau.

Shortly after the Aumont Aubrac building picture was taken I had an unfortunate incident with a dog...Doberman type of guard dog. He was unchained lying in a driveway and as I walked by he became very agitated, barked loudly and made threatening moves toward me.

I quickly made a wide circle and kind of danced/ran with my backpack waving my poles madly. No sooner than I was out of range and out of breadth I noticed that I was heading the wrong way. I had to return! I did very gingerly however some workers were in the process of chasing the dog away by throwing rocks.

Really a sad incident owing to an inconsiderate dog owner. 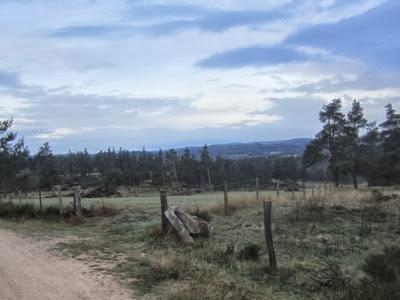 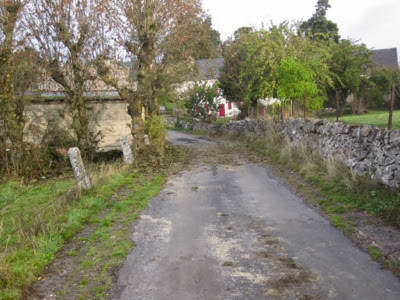 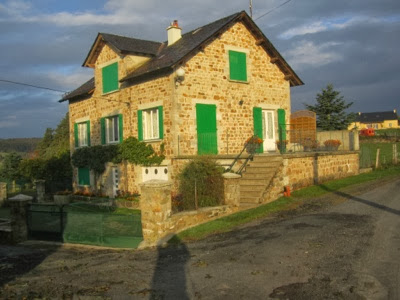 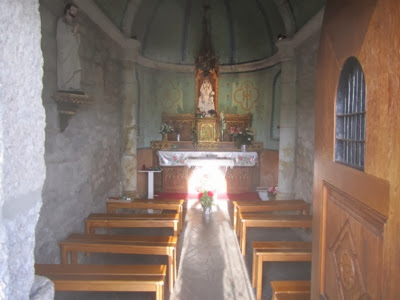 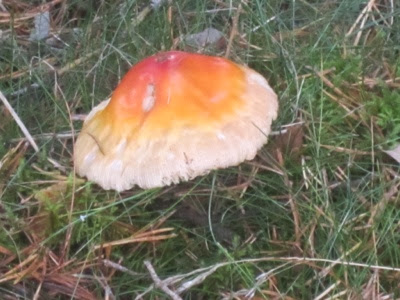 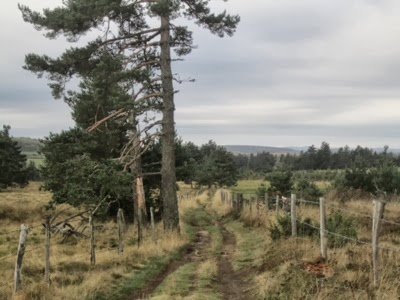 The Aubrac plateau is kind of a surreal place...different from anywhere I have been before...thank goodness it was not raining however it was windy. A few pictures will give you a feel for this area. 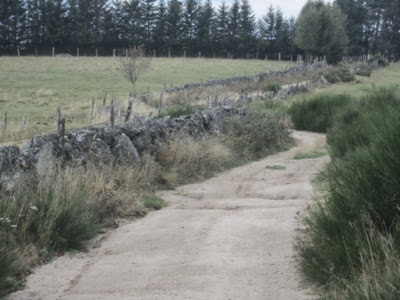 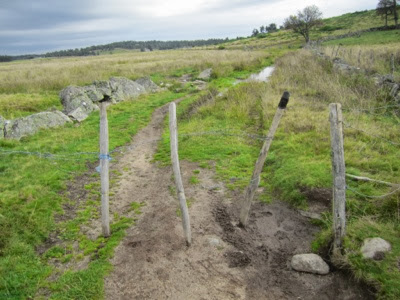 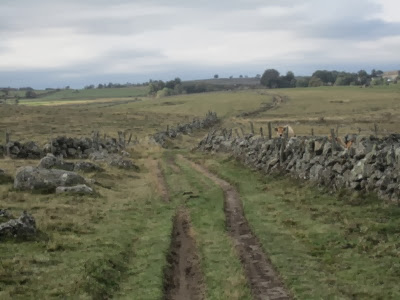 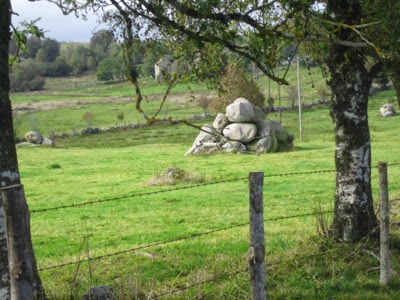 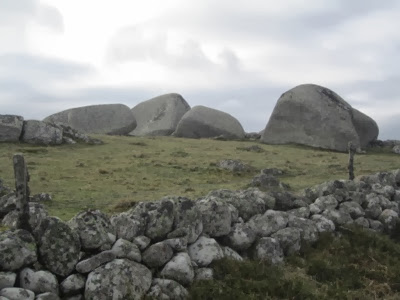 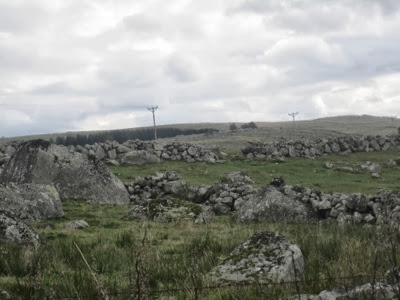 Tomorrow I have a half day left on the Aubrac plateau before walking to Saint-Come-d'Olt and the Couvent de Malet....roughly 30 kms therefore a longer day. Hope the weather holds...it started to rain just before Nasbinals.

NOTE: I am using wifi at the Gite Centre Equestre des Mont d'Aubrac...unfortunately something has happened to my non wifi Internet service. I have been in touch with the company however there are no assurances of a quick resolution. I may be blogging intermittently using wifi where available if this problem persists! Just part of the experience I guess!

I am staying as mentioned in the Gite Equestre des Mont d'Aubrac and have my own room. The cost is 35 euros for demi pension. Initially I thought the Gite owner's reception was a little less than welcoming however I think things will be just fine.
Posted by GuyA at 23:05