First day went extremely well...weather cooperated under sunny skies and mid teens Celsius...could not ask for a better walking day! In total we walked about 20 km's over 6 hours...canvassing the group it seems that everyone (except for one person) fared well although the consensus is that "feet are very tired".

Now the exception, as some of have guessed, is Dennis. Generally he is in good spirits and walking well but he does slip into a whining mode "you promised me a red wagon" quite often. We will buy him a candy sucker at the store tonight...hopefully that will soothe him a bit.

Now last night everyone, except for Elaine who was simply honest enough to admit that she was too scared, went on the ghost walking tour.

Well let me tell you that this tour was exceptionally scary and I had to hold Dawn's hand throughout as she shivered constantly...she might say because of the cold but I know better! We walked for an hour and 15 minutes through the streets of Oxford never knowing what was around the corner and who was going to disappear next from the group.

I admit I was terrified to hear of the ghost who walks in a college with no feet...the floor had been raised three inches well after he died but no one told him. Or being in a back lane where a poltergeist plays tricks such as flicking the street lights on and off...this was clearly seen by the group...as pointed out to yours truly...though they thought these were warning lights associated with construction but I knew better. It was Prudence whose family was upset at her marrying beneath her status to a Frenchman. Can you imagine that a Frenchman! Not happy to hear about that!

Some interesting facts we learned were:

- There wasn't much room in the church graveyard so the bones of dead bodies previously interred would be dug up and burned...hence the term "Bonfire"

- Medicine in early days was less precise and occasionally a person who was deemed dead created quite a ruckus in his/her coffin so they tied a string to a dead persons finger and attached it to a bell outside the coffin...hence the term "Dead Ringer"

- Rich people were able to have a special resting place under the floor boards in the church however this resulted over time as the body decomposed to well have a special perfume...hence the term "Stinking Rich".

Strangely the tour ended without everyone but me seeing a ghost. I definitely, most assuredly saw one however my group of merry people (except for one nameless person who was too scared) did not believe me. Well I have a picture as proof!

Little did they know what was in store for that night!!! We almost lost one of our esteemed members of our group overnight. Apparently a spirit was not pleased with his non believing ways and while he went to bed with a very very smooth...like a plate of glass...top of his head...here is what the happened to him overnight!!!

Could we have continued without him? (Answer is yes...easily). Thankfully he is ok (I must say that) however the damage is clearly shown in the picture of Dennis's head!

Two other terrifying incidents happened today however more on that later!

As mentioned we had a great day walking...only way to describe this is through a few pictures. 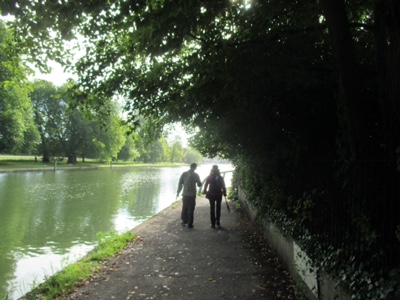 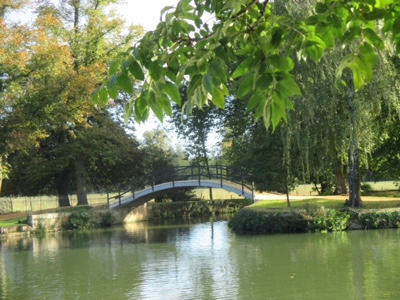 A really scary early scene we came upon was the remains of a poor cyclist who had been...we can only assume...been scared to death by a ghost...probably he didn't believe either!

People all along the river live in boats moored on the riverbank...


Ok time for one of the really odd...terrifying...things that happened today. It all started with Elaine asking some kind folks whether there was a loo nearby...after giving them some Canadian lapel pins...you may remember my earlier blogs on the Camino.

No problem...we were given the keys to a WC for staff just down the path...the ladies each used the facilities with the last one mentioning that in her bid to save the environment we should flush every second usage. No problem there at all...so I perched my famous George Clooney glasses on my world famous Tilley hat and as I enter...voila where do my glasses go?

A deep cleanse...soap and air drying time later they are back in use. Lesson learned never perch glasses on a Tilley hat and bend over a toilet!

The path alternated between a well defined path to a more natural setting...a few pictures 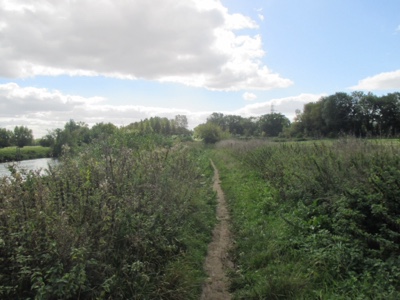 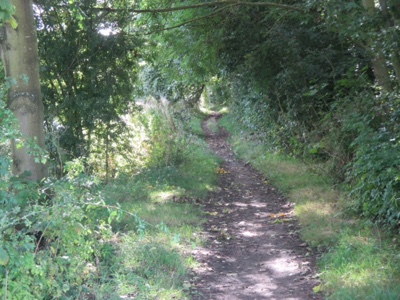 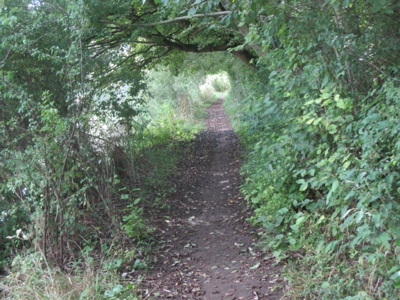 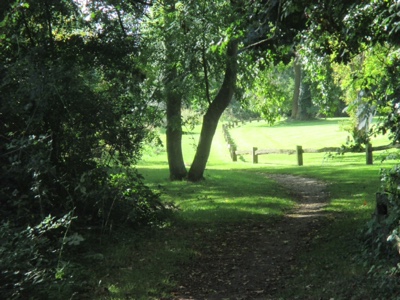 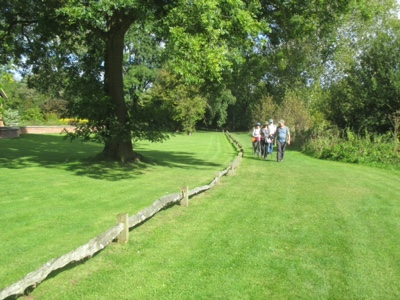 Well we saw many animals...cows, geese, horses but none of them I would classify as dangerous until I stumbled upon THE footprint.