Another excellent day of walking 32 kilometres over just over 7 hours. Overall a fairly easy walk, except for the distance, with a good climb early to Alto Perdon and an equally challenging descent. There were a few concerns going into the day - Marc with his foot problems and the weather forecast of severe weather...strong winds...possible hail starting around 1:00.

Happy to report that the special medication Paulo brought with him really helped Marc and the weather, other than some rain showers, held nicely.

Four of us were walking together today...Paulo, Malte and the two of us...brothers in case you had not picked up on this earlier. Overall a strong walking group and very good company.

Supper was very good but the highlight was dessert where most of the group received an ice cream treat, three others a banana (lactose intolerance) and your truly...NADA, NOTHING, TOTALLY FORGOTTEN!

Everyone laughed however Julia offered me hers...she did not want it she said...I felt terrible however she insisted I take it! Later I said I felt guilty however she said I shouldn't. Oh well she received a Canadian lapel pin as did 6 others at the table.

Nancy, Pierre and Jacques you should know that as I am writing this Marc is having major problems with the iTouch device...it just bounced off the bed!!!

We got off to an early start this morning at 6:40. Marc with his foot issues indicated that he would be slowing down and walking with Paulo and taking cues from him for resting, stretching etc. For those who know him you will be shocked to see this picture taken about five minutes after we left!


Malte is an interesting young guy...an IT Project Manager with Mercedes Benz (no I don't hold that against him!) who is walking the Camino for two weeks. He is hoping to get as far as Leon and return next year to complete the Camino Frances. He speaks five languages...puts us North Americans to shame! I'm hoping we will keep walking together for a while...will see how it goes. A few other pictures from the day... 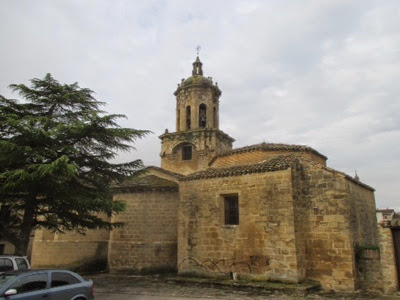 After Puenta la Reina we started seeing more pilgrims as other routes such as the Camino Aragonnes terminate here. 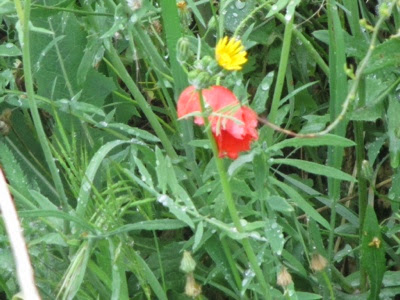 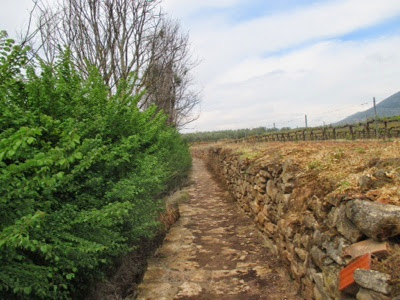 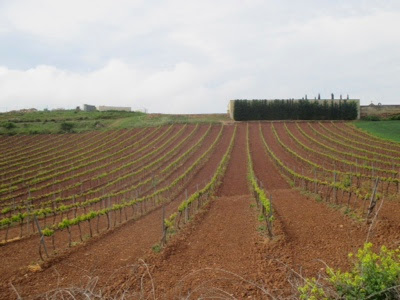 As far as Canadian lapel pins I lost count...likely 15 to 20...when it strikes my fancy I just simply turn to a fellow pilgrim when passing and ask where they are from and hand out a pin(s). For me great fun...for them...who is this weird guy from Canada!

About 4.5 kilometres from Villatuerta we came upon a vending machine...everyone was tired...it was raining and I was getting cold. We each bought some kind of chocolate bar and drink. Paulo bought a Coke and Kit Kat bar then was walking like a bat out of hell...we all really upped our pace to keep up and we covered the last 4.5 kms in 50 or so minutes! Unfortunately the sugar rush resulted in a crash for Paulo just 5 minutes from Villatuerta.

I am now in Casa Magica in Villatuerta...really this place is magical...super nice room for the four so us. Great washroom facilities and showers...looking forward to supper tonight.

On to tomorrow...planning in full progress
Posted by GuyA at 09:46